Architects that Ensure Animal Well-Being has Equal Billing with Entertainment

The Greening of Mumbai 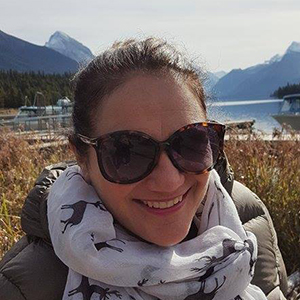 What makes a good zoo? Perhaps, some argue, they don’t exist. Ethical issues have almost always hung over the idea of animal enclosures. This has been compounded lately by a deeper understanding of animal psychology. Environmental concerns also raise questions about the way humans and animals experience zoos.

But zoo architects are rethinking manmade animal habitats and coming up with design solutions for dynamic, immersive zoos, with green credentials that provide the best in animal care. Indeed zoo architecture is a new niche in the design world. Even Sir Norman Foster designed a zoo – The Elephant House for the Copenhagen Zoo.

Other next generation zoos include the new butterfly aviary by German architects 3Deluxe, located on Al Noor Island in the UAE. The pavilion’s polygonal form encloses an artificial eco-system formed by a rainforest biotope inside a sealed climatic skin. The aviary is defined by a gorgeous, leaf-patterned roof, which allows for a play of light and shadow in a technology-meets-nature spatial experience.

Kresings Architektur worked closely with veterinarians during the construction of the Öhringen Petting Zoo in Germany. The space, which replaced an out-of-date animal enclosure, comprises a trio of untreated larch wood structures designed to resemble the natural habitats of the alpacas and donkeys, birds and kangaroos (among 30 other species) it accommodates. The buildings are adjusted to the eye level of children to further engage young visitors.

The Savannah House at the Rotterdam Zoo by LAM architects is the first building designed for animals according to a design and manufacturing principle called Cradle-to-Cradle, which aims for sustainability throughout the entire lifespan. The giraffes’ circular accommodation is based on an African corral, allowing them to go in and out as they please. On cold days the giraffes can search for warmth at energy saving ‘cuddle-walls’; steel elements with low temperature heating inside.

Flashy, dominant architecture has been a hallmark of zoos since Victorian times. What makes these new architecturally driven zoos different is that they adhere to a new science which favours immersive zoos; or the idea that the animal, rather than the human, is dominant, or at least on equal footing.

Norman Foster’s firm did extensive research into elephants’ social patterns for design cues for the Elephant House. For example, the tendency for bull elephants in the wild to roam away from the herd suggested a plan organized around two separate enclosures, covered with glazed domes, while the main enclosure enables cows and calves to congregate and sleep together, as they would naturally.

But any good zoo designer would be the first to admit there is an inherent flaw in even the most thoughtfully designed zoo. “All zoos are based on captivity and coercion, no matter how well they’re done,” says Jon Coe, cofounder of prominent zoo and landscape design firm CLR Design, which is known for shifting the paradigm of zoos from passive, two dimensional experiences to immersive, experiential environments.

Coe is now based in Australia where he is planning and designing next generation zoos throughout the country, as well as working on projects in Afghanistan, China, India and Mexico. “Freedom is always relative and never absolute in any meaningful sense,” he elaborates. “In many of my presentations I answer this by asserting; the organism with the most choices and control over its environment has the most freedom. So how many ways can we find to give zoo animals more choice, control and autonomy in their lives. This is the question zoo designers should be asking.”

Coe thinks immersive zoos are evolving towards what he calls the ‘unzoo paradigm.’ Old cages have been replaced with open, bar-less grottoes, which in turn are being replaced by immersive exhibits with hidden barriers. These ‘unzoos’ turns the traditional concept of a zoo upside down, inviting visitors into natural, cage-less habitats where wild and resident animals are encouraged to interact with the environment.

Other future science zoos focus on ‘animal rotation’, by creating networks (something natural to animals) of elevated raceways that allow animals to walk around the zoo, through a variety of enclosures for their enrichment and visitor excitement. The idea is one Coe developed along with CLR. The best known example is Zoo360 at the Philadelphia Zoo, which rotates animals through safe, enclosed mesh trail systems designed to give visitors a deeper experience with the animals, and the animals more dignity, freedom and self-determination. “Why should an animal have to spend his life in one spot, another animal in another?” Coe asks. “Just like people, animals like to sleep in one place, play in another and change scenery.”

But immersive zoos are only part of the big picture, which is difficult to paint given the huge number of unaccredited zoos throughout the world and the fact that zoos in rapidly developing economies will soon outnumber those in the West. “The future of zoos is in Central and East Asia,” adds Coe, who works pro bono in developing countries, “especially China with its pandemonium and major population centres with new wealth. They seem to be building parks, museums and zoos at an astounding rate. The future of zoos in North America is very predictable. In Pakistan, China and Chile, less so.”