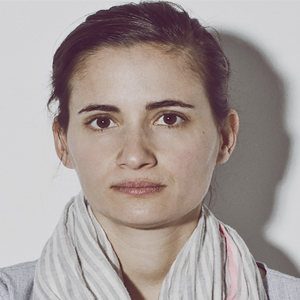 Mouna Andraos cofounded Daily tous les jours in 2010 alongside Melissa Mongiat. The Montreal-based art and design studio is best known for its work in public spaces, inviting people to play a critical role in the transformation of cities. Considering technology as a vehicle for social change is an important part of her work. She holds a Masters Degree from New York University's Interactive Telecommunications Program (ITP) and a Bachelor’s degree from Concordia University. She was a research fellow and is an alumnus of Eyebeam Center for Art and Technology in New York City, and an adjunct professor at Concordia University’s Design and Computation Arts department and UQAM’s École de Design. Her web-based work for the interactive agency Bluesponge has won numerous international recognitions.