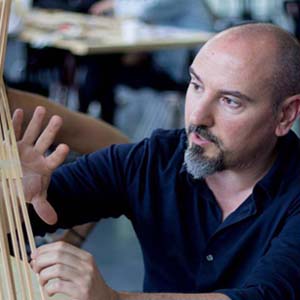 Josep Ferrando defends a multifaceted vision of architecture defining himself as part architect and craftsman; part academic as Dean of the ETSALS School of Architecture La Salle Barcelona; and part cultural manager as Director of the Centre Obert d’Arquitectura and the Culture Department of the COAC Catalan Architects’ Association. His work has been published widely and exhibited in numerous international venues including: the Architekturforum Aedes, Berlin and MAM Museum of Modern Art, Rio de Janeiro. He took part in the exhibition Unfinished in the Spanish Pavilion at the 2016 Venice Architecture Biennale, which won the Golden Lion. He was awarded first prize in the Buenos Aires International Architecture Biennial BIABA’15, and in 2020 he received the International FAD Award.