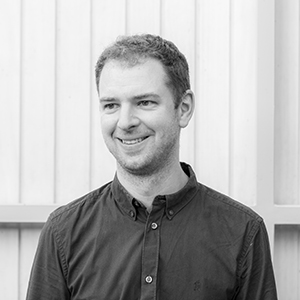 Tom Guy is a Director at Guy Piper Architects, a small practice of five, working predominantly on residential projects in London, Brighton and Oxford. His diversity journey started while studying for his Part 1 at Oxford Brookes University where he founded National Student Pride in 2005 in response to the Christian Union’s homophobic talk on “homosexuality and the Bible.” Student Pride is an annual weekend festival with the UK’s largest Diversity Careers fair running alongside a series of discussions ranging from homophobia in sport, to trans rights, to intersectionality and mental health with speakers such as Ian McKellen, Joanna Lumley and Stephen Fry. In 2016, he founded Architecture LGBT+ and has led the development of the network, which now includes chapters in Scotland, Manchester and the North East.