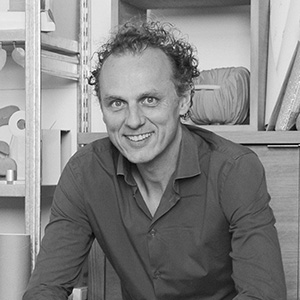 Richard Hutten is a Dutch designer known for his conceptual and playful designs. After graduating from the Design Academy in Eindhoven in 1991 he founded his own design studio working in furniture and interior design. His iconic pieces aim to contribute to the importance of play as part of culture and they feature in the permanent collections of over 40 museums around the world. His work has been awarded numerous international awards and has been published in leading magazines such as Domus, Abitare, The New York Times, Washington Post, Wallpaper, Icon, Frame and Mark.