Between the River and the Sea

Book | The Water Will Come 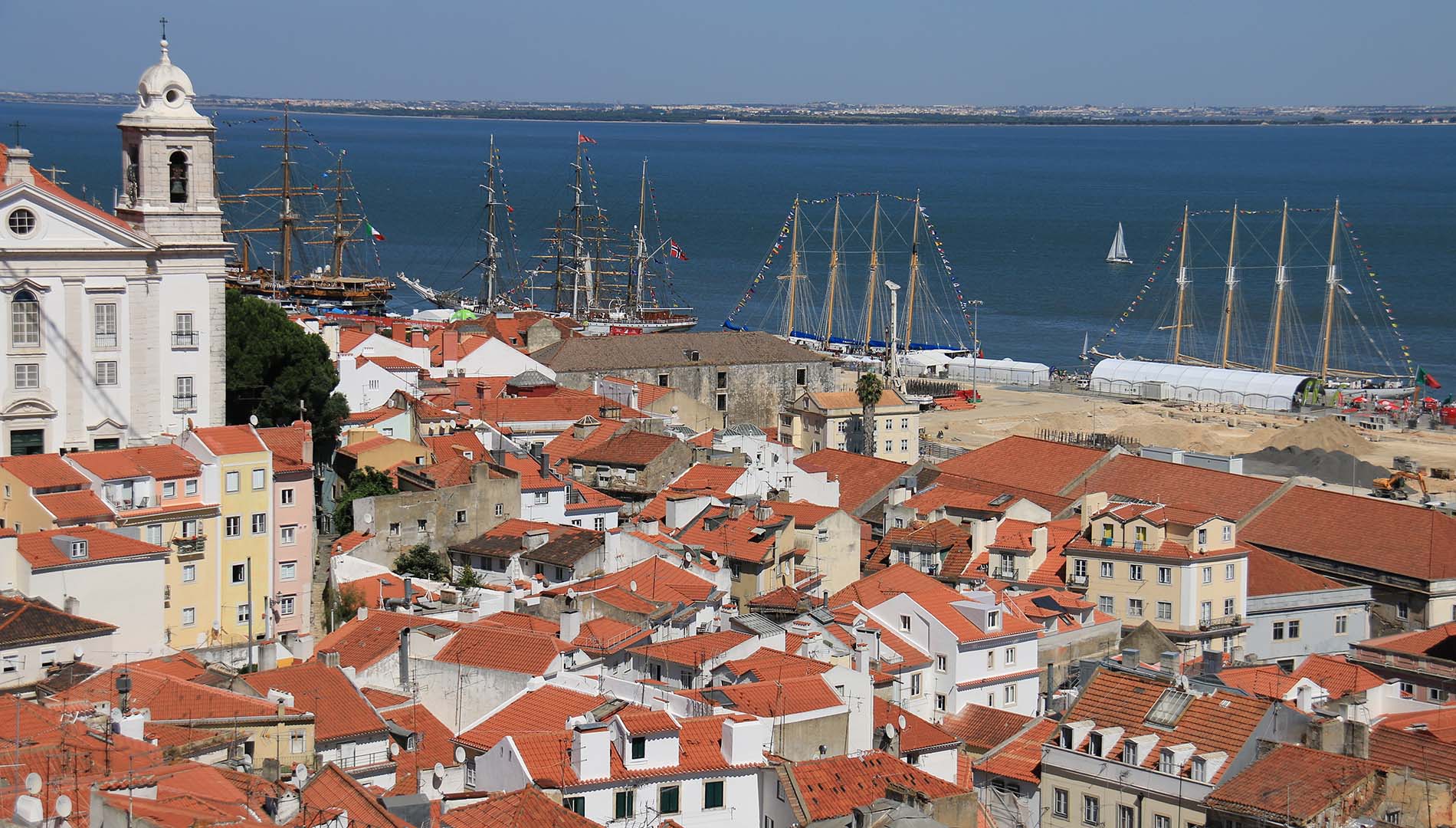 Can you tell us about the special relationship that Lisbon has with the river and the sea.

With the river in particular … and with the estuary known as Mar da Palha (Sea of Straw). The city of Lisbon definitely wouldn’t exist if it weren’t for the mouth of the Tagus River, which is an extraordinary space from an ecological and natural perspective.

We often hear people talking about how the light in Lisbon is distinctive. But it isn’t unique, there are many coastal cities near large bodies of water that also have very distinctive lighting, such as Venice. The name Mar da Palha probably stems from the water taking on golden hues at sunrise and sunset and because it is a large mass of water with a significant effect on the city’s lighting.

What about the relationship of the people of Lisbon with the water?

The importance of water and the presence of the river and, further afar, of the sea, which also has a certain influence, is almost always a contrast in terms of the topography on which the city is built. And I find the water and the contours of the valley, and the highest points—the ridgelines—fascinating, because they structure the paths in any territory in the world. Since Lisbon’s topography is so angled and interesting, they continue to be a fundamental reference to this day, probably because they are based on the first paths imaginable in this territory.

This set of high lines—as opposed to the water lines, many of which were already carved out and absorbed by the shape of the city—is the matrix of the city of Lisbon. From a dynamic point of view, we have the river and the port, which is an exceptional creation, and we can then picture the history of the relationship between the city and the river.

Based on your view of the territory and how the water limits and shapes the topography, does your analysis and interpretation become elements that determine how you design near the coastline?

In a way, yes. But I don’t analyze the topography and the relationship with the water and then design something in a rational sense. The interpretation is important and, in one way or another, it informs my designs and the views I have on this relationship. Ever since I started working, I have always thought that this idea of a dynamic relationship between the topography and coastline is important. Reflecting on this boundary between the land and the river from an architectural perspective is a very interesting theme.

What are your thoughts behind the design of the Campo das Cebolas and the Cruise Terminal? Because they are two very defining constructions that are both on this boundary.

Indeed. This was to some extent a coincidence, because there were three public competitions. The first was by invitation only for the urban planning of Boavista, which I won, and my initial design was a step towards this relationship between the city and the river.

The next competition was in 2010, for the Cruise Terminal, which I was also fortunate to win. My idea was to construct it within the space—as though it were a field in an artistic sense—where the former Jardim do Tabaco dock was located, and to build everything from there. It’s as if the building is the result of a more or less telluric movement of the harbor platform and the port, and creates a kind of interaction or dialogue with the city, which is breathtaking.

And the third competition was for Campo das Cebolas. From the start, I thought it would be interesting to have a completely different square from Terreiro do Paço, which is opposite of it and has a palatial design. The site was, in fact, dedicated to street markets, and it had an everyday port where smaller boats from the river or that part of the estuary would all come to dock. The main idea was to create a square with a lot of activity that reflected all the existing intensity and create views of the river and the city.

Finally, could you speak about the emotional relationship that architects have with water. In your work is it more than a logical design issue?

I believe that in Lisbon, the relationship with water is more or less idyllic. It’s an interaction between the city and the water, and, when we walk around the city we are always surprised by the unexpected views overlooking the river, the estuary, the sea. And I believe that this interaction with the setting, with what is built, and with the water is a kind of bond that any person would feel when visiting Lisbon, not just architects.

It makes the city unique in its architecture, in how it is built on top of the territory and in its always surprising correlation with water. Take the Alfama, for example, whose name is related to the many hot springs and baths—the hammams— that existed at the time. Today that is all but forgotten but someday it might be revived; the city has always had a very intense and very interesting relationship with water in every aspect.

This interview was conducted by Diane Gray and Pedro Novo. It has been edited and condensed for clarity.