Freightened, the Real Price of Shipping 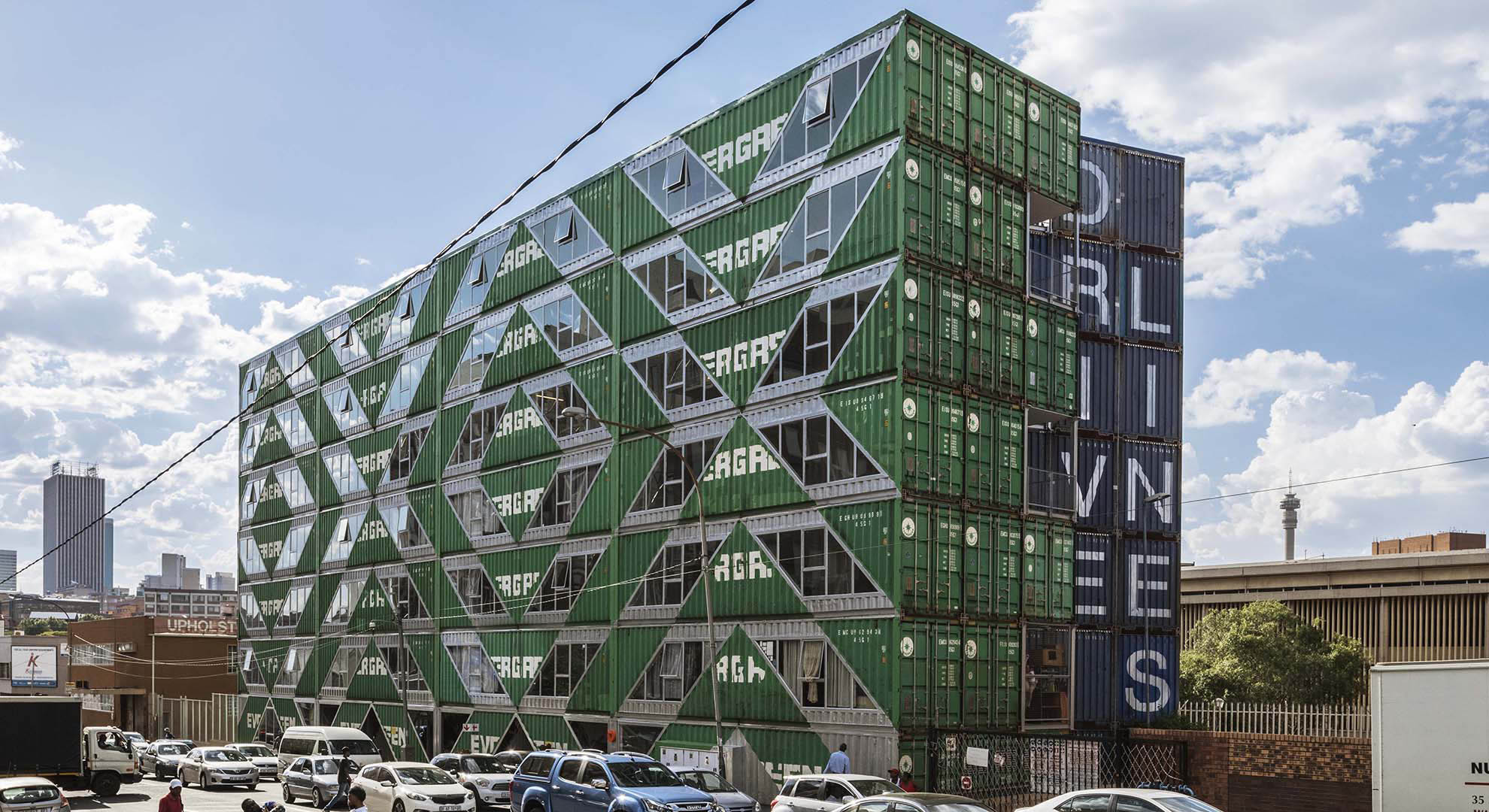 As a society with one of the world’s highest levels of inequality, the provision of adequate housing has long presented an interesting challenge to the architectural sector in South Africa.

While those that can afford it have always lived and worked in spaces built out of bricks and mortar, the majority of the country’s poor have had to make do with homes made out of corrugated iron sheets.

In informal settlements where people often to do not have access to electricity, the risk of fires is high. For the country’s poor, it is an aspirational idea to want to move from this kind of living arrangement and into a more traditional home.

All this makes the rise of shipping container agriculture very interesting in South Africa. Take Cape Town’s Berman-Kalil Housing Concepts as an example.

Owners Brad Berman and Alicia Kalil are using decommissioned shipping containers to provide sustainable homes that often cost up to 40 per cent less than a brick and mortar house, depending on the type of furnishings people choose.

The modular application of the homes means that all the internal plumbing and electricity work is done in a factory, which facilitates easy assembly on-site.

The interiors walls are installed with appropriate insulation and most of the homes have the capability to use alternative energy supplies including solar panels, solar geysers and rainwater harvesting systems.

Berman says: “We’ve spent a lot of time and effort in changing the perception of container homes in South Africa. And we have proved that container homes are not an inferior type of accommodation.”

He says that there are also things you can do with container homes that are more difficult to achieve with other forms of construction.

“One of the best applications for container homes is the ability to place them in even the most remote locations where traditional building would be a logistical challenge,” Berman says.

Other architectural firms in the Western Cape like Tsai Design Studio have used shipping containers homes as early as 2010, converting them into structures such as sports centres.

The Safmarine Sports Centre in Piketberg, just outside Cape Town, serves about 100 children and provides a sheltering roof, grandstand seating and a vertical wall that is an extension of the roof structure, and can fold down vertically on one side and be used as an advertising billboard or movie screen to help generate income for the centre.

Another is engineer James van der Walt who built the SolarTurtle out of shipping containers to provide power to people who live in rural areas with no access to electricity.

The SolarTurtle is so named because its 600kg steel frame system can fold up in under one minute. Business Insider reported recently that one of the containers, located in Delft, an area 26km outside Cape Town, will power a tailoring business and a bakery. The container is also equipped with WiFi and can be controlled with a cell phone.

In Johannesburg’s Maboneng precinct, shipping containers have always had a place. At Soul Souvlaki you can enjoy Greek street food while sitting on the first floor of the restaurant made mostly out of converted shipping containers.

This rapidly gentrifying area is home to art galleries, restaurants, markets and residential properties that sit in stark contrast to adjoining neighbourhoods where some of the city’s poorest residents live in hostels and abandoned buildings.

A short walk away, on the busy Albertina Sisulu Road, the biggest residential property made entirely out of shipping containers to date has gone up.

Called Drivelines, it is a project from the developers Propertuity, and was designed by the award-winning New York studio, LOT-EK.

Founded by Ada Tolla and Giuseppe Lignano, Tolla says that they had both been coming to Johannesburg for years and were really excited when Propertuity approached them.

“The Maboneng district represents the idea of post-apartheid South Africa, because it is neither a township nor a suburb,” she states.

Tolla says the fact that the developer, Jonathan Liebmann, was young and had a bigger vision for the neighbourhood that went beyond just buying up property, but also included making room for the arts, is what also drew them to the project.

The site has a triangular shape and it is situated on a busy road and these are the elements that Tolla and her team took advantage of when designing the green multi-story structure.

“We wanted a building that allowed social interaction. Each unit has a little balcony, which offers an opportunity to engage with your neighbour,” she says.

On a recent visit to the site, Tolla says she was pleased to see that residents were using this social space to put plants, chairs, tables and have kids play safely outside.

The building also has prominent v-shaped windows, which help bring in light into the space. With an eye for sustainability, the pieces that were cut out of the containers to make room for the windows were later used for sculptures for the courtyard downstairs, as well as to reinforce other walls.

“We have insulated the outer walls for thermal changes, so when the windows are closed you can barely hear noise,” she continues.

But while Drivelines strikes the right balance between luxury and affordability, perceptions of South Africans considering shipping containers homes as an equal alternative to brick and mortar houses will take some time to dismantle.

Tolla explains the story of one resident who lives in the building. When her grandmother came to visit, she was surprised that her granddaughter was living in an umkhukhu (shack).

But the grandmother quickly changed her mind when she entered the apartment building and realized it was actually quite modern and sleek.

Perhaps like Johannesburg itself, a city that does not hide its beauty nor shy away from its ugly side, Drivelines can offer a new concept of ‘home.’