Collision in the Australian Outback

RCR. Dream and Nature_Catalonia in Venice

Nostalgia for the Natural in the City 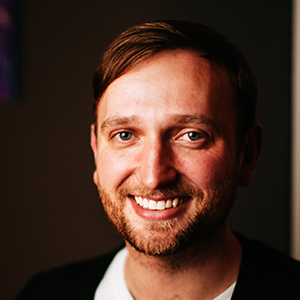 Australia is a land of contradictions, of sand and sea, grassy plains and rugged mountains, of metropolises bursting at the seams and vast, uninhabited ‘nothingness’. In this landscape, the country’s politics, cultures, and its people are equally prone to polarisation.

Every now and then, something is offered up in those grey areas in between—where modern Australians feel uncomfortable, grasping for the certainty of a ‘black and white’ answer. Art and design have the power and permission to play in these deep grey oceans, to stir up the muck on the seabed of the nation’s history, and help us to surface for air.

Johnny Nargoodah is a local artist-maker of the remote Kimberley Region of Western Australia. The Kimberley, as it is known, is wild country, with deep gorges, long empty roads and an isolated coastline. It’s the Australia of most people’s imaginations.

Walking through the small Kimberley town of Fitzroy Crossing one day, Johnny stumbled upon a curious bunch of old car parts sitting out the back of the town’s Mangkaja Arts Resource Agency. It’s not unusual to find rusted-out cars scattered in the desert around these parts, but this curation of crumpled car bonnets and panels was out of place in the arts centre itself.

The strange collection was the work of the city-based designer Trent Jansen and Fitzroy Crossing artist, Duane Shaw. The pair was working together on a project as part of the In Cahoots: artists collaborate across Country—a program with Fremantle Arts Centre pairing leading independent artists from across the country, bringing together urban and remote artists, both Aboriginal and non-Aboriginal. Trent was invited by Mangkaja to collaborate with its local artists. The result was the Jangarra Armchair—a sculptural work using Jartalu wood, gum branches and human hair (you can, and must, read more about that here). However, it was during a break from production of this piece, which was complex and demanding, that Trent and Duane began collecting rusting car parts.

“It was something that we just kind of got into one afternoon, because we’d driven past this car graveyard and I just couldn’t help but be totally taken by some of the forms that were there and then I went back with Duane and we collected a bunch of stuff,” Trent explains. “So Duane and I piled them on top of the troopie* and then dumped them in the yard at Mangkaja in the afternoon and I just thought ‘oh, you know, these are beautiful, we’ll do something with them, I don’t know what’.” There they stayed until Johnny happened upon them. “Johnny just came up to me one afternoon and said ‘What are they for?’ and I was like ‘I don’t know, you tell me. Come and have a look’,” Trent laughs, “and we just kind of sat around and bounced ideas about.”

These crumpled, engineered forms are likely the result of very un-engineered collisions with trees or off-road destruction, but the men saw a beauty in them. “There is something that’s sort of strange about those things that are generated out of places where there is infrastructure and factories and resources being used, ending up in these places where there’s virtually nobody, especially when one dies in the middle of the desert and it gets marooned out there,” Trent says. This contrast created value in these otherwise ‘junk’ objects.

However, the clumps of gnarly metal were nothing until Johnny came along and sparked the conversation with Trent and Duane. Together the three craftsmen, and Johnny’s son Illiam, worked with the forms to create a bench seat, an armchair, and a vessel. Johnny and Illiam travelled from Fitzroy Crossing to Trent’s home and workshop in Thirroul (outside of Wollongong in NSW), over 4,800 kilometres across the country, bringing the car bonnets with them.

While Trent was keen to keep the metal in its raw form, Johnny—who is also a saddlemaker—thought the metal on the bench seat needed softening, so suggested leather. Trent had experience in ‘water-forming’ leather, so went along with the idea. “In the end, it’s what makes it,” Trent says; realising that therein lies the value of collaboration, having one’s ideas challenged to the benefit of the whole. Working with a city-based metal fabricator, new steel frames were manufactured for the collection, resurrecting these designed objects once more to the realm of art and design.

The final product is a tale of humanity, and a testament to the messiness of it all. These cars, made in urban factories, end their lives on remote dusty roads, and yet in them lies a beauty, which these artists have uncovered, augmented and returned to the urban context. There’s a rawness, and a refinement in these objects, of precision engineering and handcraft. The Collision Collection isn’t a politically or culturally comfortable collection. Without being self-aware, it silently asks questions about Australia’s discomfort around race, remoteness, and modernity. Ultimately, though, it is a pure collaboration between a number of creative people, demonstrating that moments of clarity can come from playing within ‘the grey’.

*An affectionate name for a four-wheel-drive, usually with bench seats in the rear cabin.