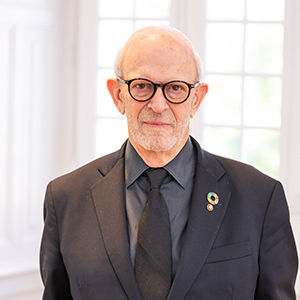 Lance Jay Brown is the president of the Consortium for Sustainable Urbanization. He is a Fellow of the American Institute of Architects (FAIA) and the former chair/director of the Spitzer School of Architecture, City College of New York (CCNY). He holds the title of Distinguished Professor Emeritus of the Association of Collegiate Schools of Architecture (ACSA) and was the recipient of the coveted AIA/ACSA Topaz Medallion for Excellence in Architectural Education. He served as the 2014 president of the AIA New York Chapter and was the cofounder of the AIA Design for Risk and Reconstruction Committee. He has been a UN-HABITAT III Policy Unit 8 member and 2016 Quito presenter. Brown consults, teaches and lectures nationally and internationally. His recent writings include: "Urban Design for an Urban Century"; "The Legacy Project: Via Verde Housing"; and "Waterproofing New York".