Toward a cell phone etiquette for public space

Autonomous Commerce is Coming for Architecture 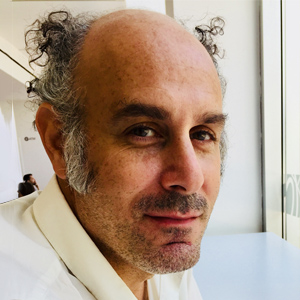 The development of commonly accepted, socially sanctioned mores for use of smartphones in public is needed to liberate public space from the attention merchants.

Cities, designers, and social scientists now acknowledge a peculiar problem that has arisen from the ubiquity of smartphones. Pedestrians have become used to looking down at their phones while walking, mindless of others, through shared public space. There’s even a neologism for it: smombies (short for smartphone zombies). In some cities, attempts to regulate the use of smartphones are focused on public safety: walkers have become so distracted and disoriented that traffic fatalities are increasing across the globe. In Tel Aviv, Israel and Augsburg, Germany foot lights on crosswalks alert pedestrians that are looking down, as does painted signage on sidewalks in Seoul. In other places like Chongqing, China, efforts to create sidewalk lanes for smartphone users focus on the inconvenience of distracted walkers for busy pedestrians.

These solutions miss a core problem of our absorption by technology: the loss of person-to-person awareness, a social dysfunction damaged fraying of intangible interactions and rhythms of public life. In many public spaces, people of all ages—not just the younger generation—walk past each other with eyes focused on a movie, an app, a text, a game, a map, or an article. This new behavior exacerbates social alienation, producing a new order of anomie.

In 2016, the musician Moby collaborated with illustrator Steve Cutts to create the animation for the song Are You Lost in the World Like Me? Emblematic of our age, it visualizes throngs of lemming-like figures, their heads bent over in the familiar mien, faces planted downward toward the light of their smartphones, mindlessly walking off a cliff. Graffiti artist Adam Dare responded in his own way, stenciling sidewalks with the words: ‘Fuck your phone – Keep your head up!’

Attempts to regulate the surveillance aspect of smartphones in the European Union by forcing users to constantly assent to being tracked have seemed to misunderstand the core goals of programmers: to capture, keep, and sell your attention. Forcing us to assent without allowing us specific choices to opt out of manipulative coding—other than simply not accessing a site’s content—does nothing to address the underlying problem: the unregulated capacity of media to control behavior for profit. We already know that apps are intentionally programmed to monetize your attention—literally to sell consciousness, as Tim Wu documented in his 2016 book, The Attention Merchants: The Epic Scramble to Get Inside Our Heads. In exchange for the conveniences and diversions brought to us by devices, Wu writes, “we have accepted a life experience that is in all of its dimensions—economic, political, social, any way you can think—mediated as never before in human history.”

It is possible to create laws that limit programmers’ coercive conditioning of users, perhaps monitored by a board of technological experts able to evaluate code for its programming of users’ attention. There can also be opt-out choice for users: cease to notify me, track me, and condition me. But for the purposes of recovering the social, interactive nature of public space, the most disruptive tool—small, yet powerful—would be a commonly accepted social sanction against walking past another person while staring at a smartphone. Doing so needs to be regarded as the height of rudeness, worthy of a physical nudge, a whistle, a side comment. Distracted walking should be treated as a shocking violation of each other’s personal space, treating public space as if it were one’s private realm, as if there were no need to acknowledge the presence of others or blocking each other’s path while delving into one’s personal data. We can reinforce social rules that call out these incidences in order to heighten our self-awareness.

What I’m proposing is a social design intervention of sorts: a new etiquette for public space that is enforced socially as an expression of what are acceptable versus unacceptable behaviors, enforced by individuals and distributed through social codes, much like during the early days of cell phones when friends meeting at restaurants agreed to put phones away, setting them on the table or excusing themselves and walking away to use the phone. In this case the disruption is the technology itself, and the only way we can intervene is by spreading awareness and creating a new set of norms.

Clearly, the suggestion here is not that people should never check their phones in public. But we cannot accept a world of smombies. Stop, move aside, create a private space away from others before diving into your personal data. On the sidewalk, face to face with the other, have the courtesy to maintain the social space of the street. Look up, perhaps even share a nod or a smile. Be a generous participant in the public culture of a place. We need to take back control of our consciousness in order to sustain the tacit courtesies of shared public space that allow society to function.