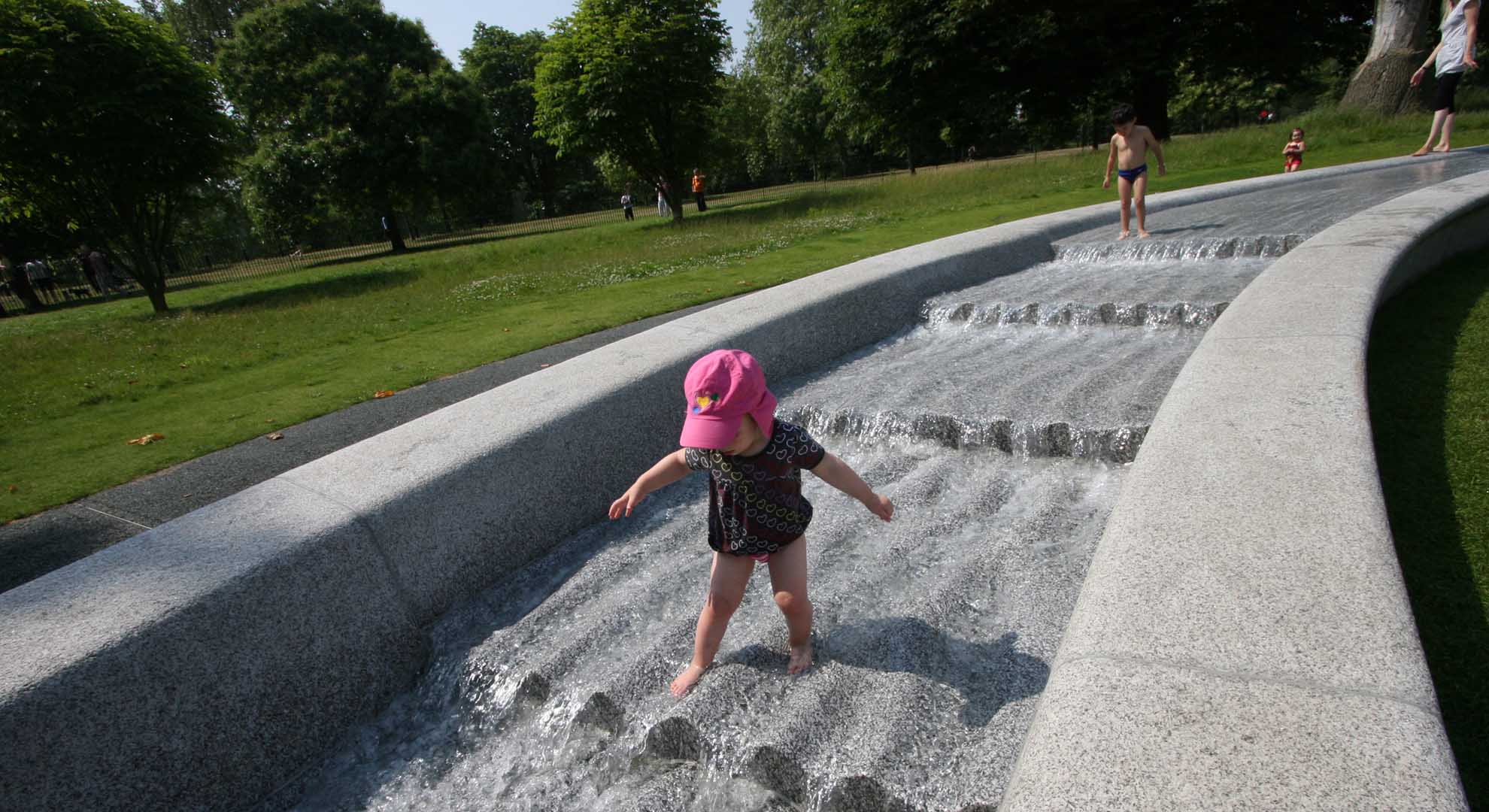 No experience is better for the parent of a young child, than seeing her learning. But often, particularly during early childhood from two- to six-year-old, these critical cognitive moments do not take place in school or kindergarten. Child psychologist Robin Moore vividly describes the way in which the best early-years environments beget a distinct form of interaction between young learners, through his observational research. After analysing a number of different settings, he concludes, “ … each child wove a pattern of personal ‘playtraces’ through the neighbourhood, laced together with the traces of other known and unknown players.” He suggests that the most important characteristic of children’s play is the free flow from activity to activity, transforming as it goes. He asserts that there is an astonishing level of discernment and inventiveness in the way the resources of play are used, but this is always dependent on how the architecture and the pedagogy are formed to enable and, in a sense, choreograph, these important activities. But this play won’t function if there isn’t enough space and if it does not challenge the child to go further than they already know, albeit in a secure setting.

Observe, for example 14-month-old Gracie, as she concentrates her way down a watery cascade on a sunny day at the Princess Diane Memorial Fountain, in London’s Hyde Park. The feature is a challenge not just because the water is running cold down the rivulet at some speed, but because she still lacks body weight—she is light on her feet and stability is a real problem. In addition, the granite surface upon which she is balancing is at an incline and shaped with ridges submerged beneath the surface; they can only just be glimpsed through the distorting reflections of the fast-flowing current. She has to feel with her feet as well as see with her eyes.

Despite this, she has observed other bigger children paddling and she likes the idea, sunshine and water—what’s not to like? But she also knows there are some potential risks here. If she falls, she will get a soaking and the water temperature is foot-numbingly cold, and the rivulet flows into a deep pool further down, and she can’t yet swim. On the other hand, her flaky daddy, busy taking photographs, is close by, so she decides the risk is worth taking.

Jean Piaget said that children are innately gifted learners, and the complexity of decisions Gracie’s young brain is tasked with—having to coordinate the movements of her body, weighing up risk against sensory pleasure, being tested within an environment which is unknown—supports Piaget’s view. The challenge to learn during children’s play is much greater than the need for control and safety at this stage in her life; curiosity will not kill this cat. The intoxicating power of intuition and experiential wisdom has a hold on the human condition, which, if harnessed correctly, can power learning very quickly and from a very early age. This evokes a strong image of how easy it is for young children to learn when they engage more than one of their senses to the task. It is natural learning: effective, informal, and most children do it in a carefree spirit. Any school would envy this free-form pedagogy.

Critically, it is the architecture—the physical shape of the environment we expose her to—which is the key catalyst of this particular immersive learning experience, (no pun intended). In a spatially confined city like London, where Gracie lives, this has tremendous value. That is not to say that such learning couldn’t take place in a backyard setting with buckets of water, mud, and a few pipes, or in the country, or even in the apartment where she lives (although there is limited space, just as her classroom and the school play area is confined). Here, it is the combination of a spatial devise which balances risk with sensory delights; whereshe feels the water, she hears it, and she senses the temperament of the environment, it is authentic and intensively harnesses all her senses to the task. This is what makes it so cognitively fertile.

In summary, in great architecture, there is a spatial resonance which is very powerful; one that bolsters her sense of self. It emphasises how much she is valued, and as there is plenty of space, she does not feel confined. Psychologically she can see and sense the wider world. Most importantly, it is imaginative, and therefore challenging. By designing something so evocative, it is clear that the architect herself has drawn on her own childhood experiences to create a designed space which melds learning with play. As architects, we understand this reflective process and feel instinctively how architecture learns from children.