Reflections on creating healing spaces in the city

Architecture and Health in the Amazon 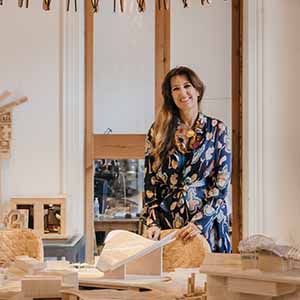 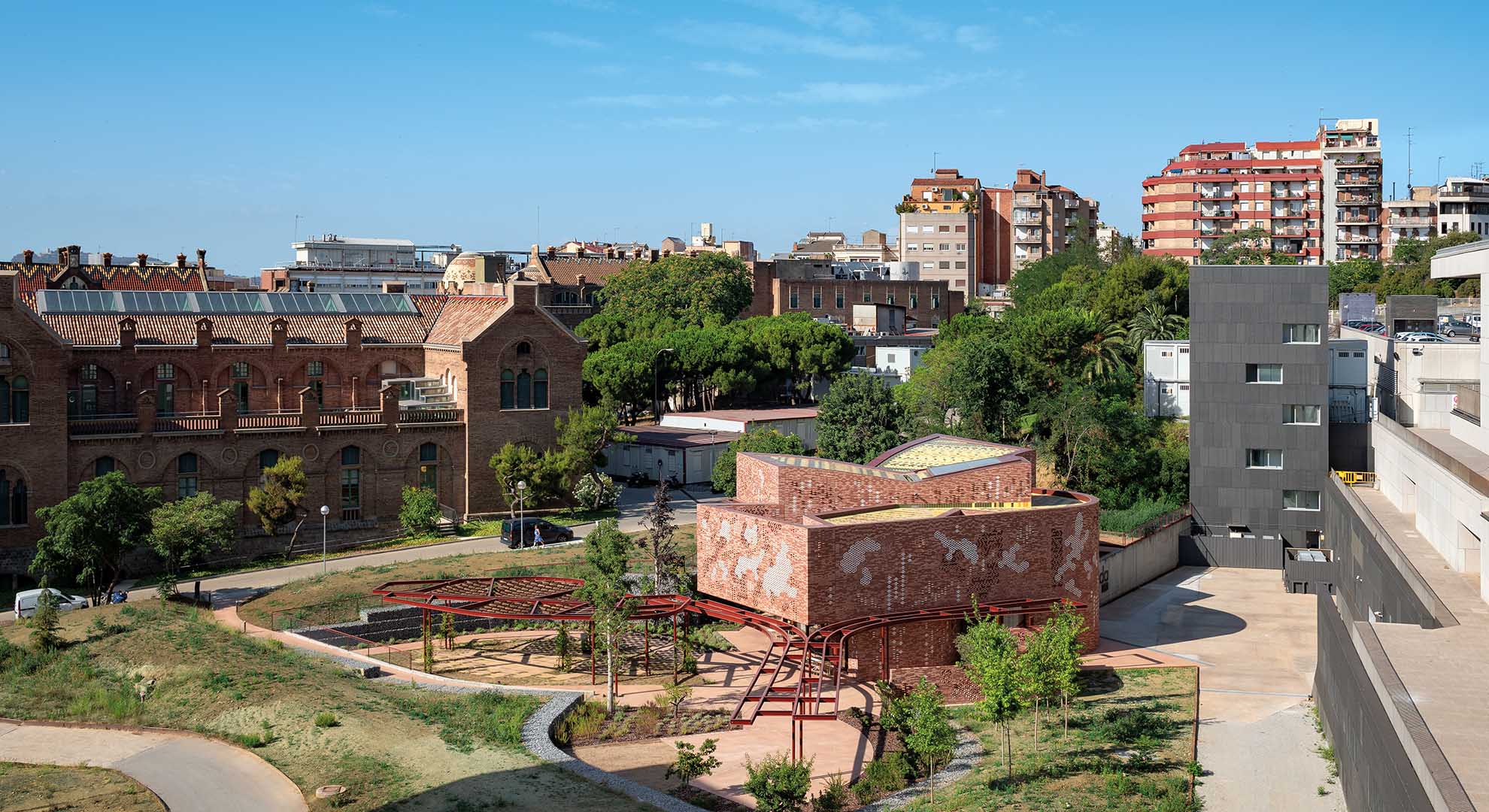 Benedetta Tagliabue founded EMBT in 1994 with her late husband Enric Miralles. She was commissioned to design Kālida Sant Pau, which is part of the international Maggie’s Centres network. Located between the historic Hospital de Sant Pau, one of the landmarks of Catalan modernisme by Lluís Domènech i Montaner and the new hospital, this space is designed as a pavilion in the garden where cancer patients and their families and caretakers receive support. Kālida Sant Pau was inaugurated in 2019 and in 2022 it received the prestigious FAD Medal for its architecture.

The beginning: How Kālida came about

A group of women came to visit me, all of whom had had cancer and they knew my story because Enric had died of cancer a few years before. They came to talk to me about the project and I told them that I was at their disposal to do whatever they wanted. But at the time it was a general idea because they didn’t have a hospital to help them. They went to talk to many hospitals in Barcelona, and the people at Sant Pau told them that they were interested.

At the start, we didn’t know the exact site because they put us first in one place and then in another. Finally, when they told us we could build the building in the garden, it was really great because this space is like a buffer zone between the old hospital and the new one with a significant difference in level, which actually served us well. So from the beginning we accepted the things that we found on site and interpreted them to understand what the place was asking of us in terms of the design, which we developed as a building resolved on two levels, creating a relationship with the garden above and the patio below.

The Hospital de Sant Pau was an important influence and we wanted our building to have a relationship with the work of architect Domènech i Montaner, but without copying him because it’s impossible. It would be inappropriate and even a bit ridiculous. So the design isn’t based on a direct reference to his architecture, it’s more like playing with the different elements. For example, the flowers that he represented on a small tile were transformed into the plan of the entire building. Another example are the shapes we made with two colors of brick on the facade. They are organic shapes that are not really floral, but rather represent the sky.

Connecting the interior and the exterior

In the first models, which were inspired by the floral motifs of the tiles by Domènech i Montaner, we weren’t sure what parts of the building would be covered. There was a series of exterior and interior patios and we imagined that they could be either covered or uncovered. So from the beginning the idea was to create an architecture where the relationship between exterior and interior was very porous and in the final design of the building we maintained this porosity. It’s like a fan that opens up and then breaks apart, so there is the garden that can be entered from different places and at the same time there’s a part of it that is fenced off, as if it were a room. We had this very clear strategy, which was that most of the garden is like a protected room under the pergola and the interior is a place that opens up to the garden.

Kālida and the interior space

The central skylight is a very important element. The light enters and makes the interior space lively, but at the same time very cozy because we’ve created spaces where people can also be alone. This works well because it’s like a single room with sliding doors and the patio in the center. At the same time, you have all these little corners where people can withdraw and be alone or be next to the common room without anyone noticing them, and even those who work there can also find their own corner.

The city and nature: Feeling at home in the city

We live in cities where nature is scarce. However, humanity has lived in relationship with nature for most of history so I think it’s a desire that comes from inside of us and it’s very necessary. It would be wonderful to make a visionary architecture that protects us but also allows us to be outside in nature.

Today there is a lot of talk about the “healthy city” but I think that what we architects are looking for is quality. We want a healthy architecture from many points of view, but we are discovering it over time. For example, now we realize why we use certain types of materials, why we feel attracted to wood and to ceramics, because they are materials that have a very strong relationship with nature, like trees and clay.

Little by little, buildings like Kālida have made me reflect on health and what it means to feel at home in the city. I think this is very important and you see how in the past they had these ideas like Domènech i Montaner had for the Hospital de Sant Pau. He designed a hospital that had to function very well, but it also made the people who entered the premises feel good. The gardens, the pavilions in the gardens, everything makes a symbolic reference to nature. I think this is something that we are discovering—we are not the first to think about it—but perhaps we are the first to realize that we should consider it a priority.

About trauma and spaces for healing

Trauma is something that we have had to deal with a lot in the last two years of the pandemic. But I think it’s not been taken seriously enough. Something serious would be germs and cleanliness, and all this is true, but it’s only now that doctors and architects are realizing that the quality of spaces and how people feel is also very important. When people are comfortable and happy, in a quality space, then they have a different reaction, a different way of feeling, and this greatly influences their health. Especially in terms of mental health, comfort means being able to get away from trauma.

When we think of the city, we are also thinking of health, for instance that there are less CO2 emissions and less noise, these are very measurable things. But you also have to think about the quality of urban spaces because that means there will be less trauma, less stress, more of a sense of feeling good together and feeling connected to one another, this is all very important.

In Kālida we looked for all these qualities in the architecture to create a place that gives people permission to stop by and simply be. We don’t have many places like this today.

This interview was conducted by Diane Gray. It has been edited and condensed.