Indigenous agrifood systems and resilience in times of crisis

Book: Food and Architecture: at the table 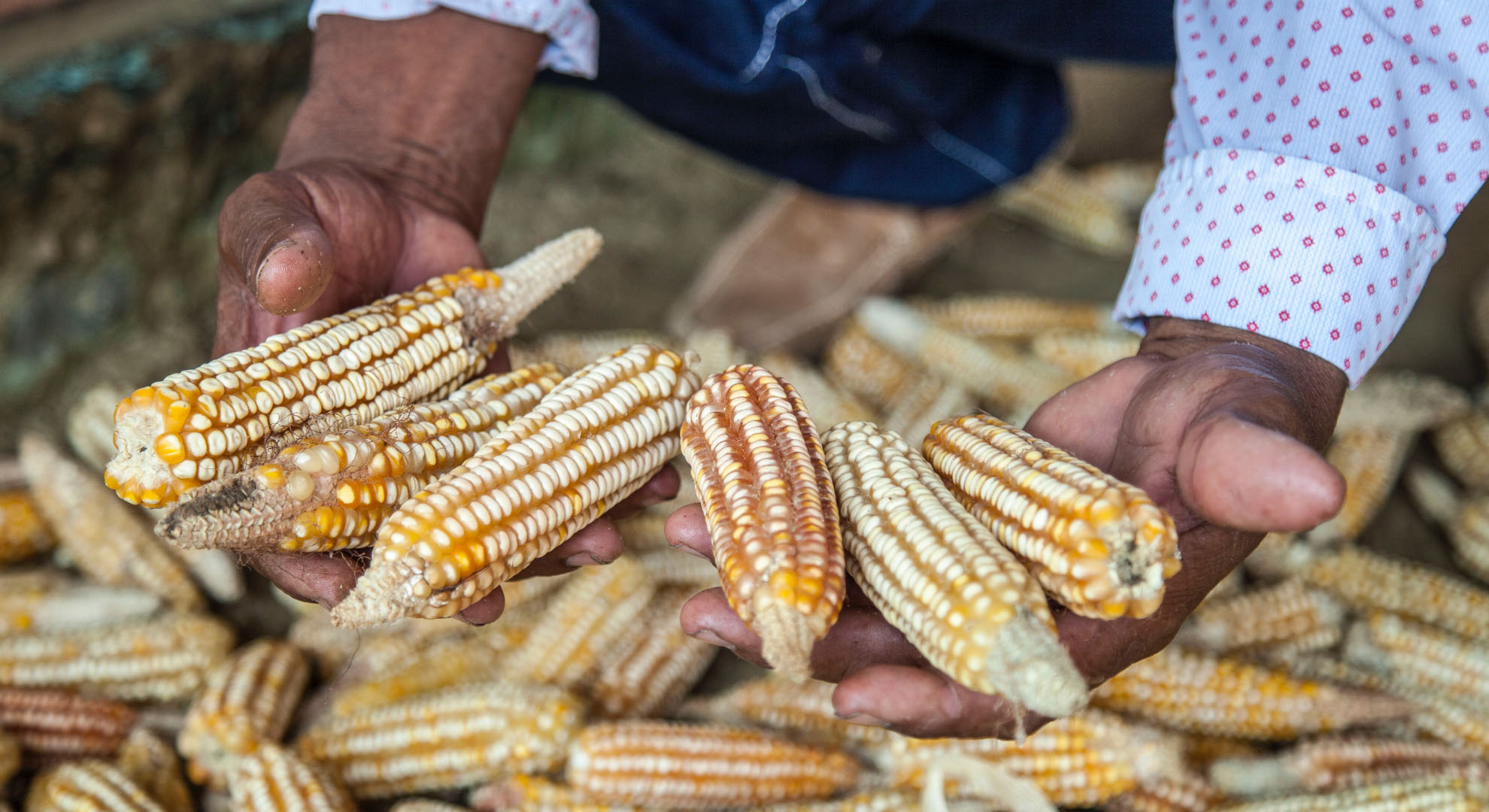 The October moon rises over the Ayuujk (Mixe) mountains in Oaxaca, Mexico, the cempacúchitl flowers decorate altars guiding our dead home to celebrate Día de Muertos (Day of the Dead) or Ap Xëëw. My aunts have cultivated their milpas, a traditional system based on corn and associated with beans, pumpkin, potatoes, chayotes and seasonal fruits. They have also raised chicken and turkeys and harvested pulque (a drink obtained from maguey or agave). For the Ayuujk ja’ay and other indigenous communities in Mexico, Ap Xëëw is the celebration in which those of us who live in the world of the living “tuk et” coexist with our deceased by inhabiting the “Ja tuk et.” In both worlds, the living and the dead cultivate corn, milpa, work the land and take care of it to have a roof over their heads, clothing, food and life. Our loved ones who are living in the other world influence our lives and for this reason we should welcome them with love. The celebration of Ap Xëëw coincides with the conclusion of the agricultural calendar and that is why it represents life and death.

How is it that indigenous people have been resilient and have coexisted for millennia? Is it perhaps time to shift to other models since the prevailing one has clearly not been enough? Let’s reflect on the case of the milpa in Mexico as one of the many alternatives to food sovereignty. On the one hand, a milpa is a polyculture system that reflects the wisdom of indigenous people in three components. Corn provides support to beans while these help fix nitrogen, an essential element, and pumpkins prevent the erosion of the land, avoiding the growth of weeds. A milpa system contributes in an integral way to the components of the agricultural system while also providing a balanced diet to the farmers all year round.

Our society has problems with food: while some face malnutrition, others fight obesity. In colonial times in Mexico, corn was exported to different areas of the world. Although it is a crop that adapts to many extreme climate conditions, it did not provide the same nutritional richness as in Latin America, because this could not only be found in the milpa, but also in 600 other ways of processing corn.

The knowledge of these food systems belongs to indigenous communities and lives in the oral tradition, being strengthened by the different everyday rituals of our people, such as the Ap Xëëw. Corn cultivation is also a social activity, it enhances the social fabric, encourages reciprocity and increases the resilience of communities. For instance, it is common that farmers grow their milpas through tequios, that is, I go to my neighbor’s plot to plant corn and the next day she helps me do the same in my plot. The same happens with celebrations and festivities.

Fernanda, an indigenous Zapotec farmer, told me that corn farming is an act of resistance, life and resilience. For her it is common that, in the case of landslides or earthquakes, people in her village are left incomunicado. They have learned that survival is only possible if they cultivate their milpas, and if they collectively help and support each other because, even if they have money Sin Maíz No Hay País—without corn there is no country—and consequently, there is no life. At 75, Fernanda seems calm even though her village has decided to engage in a collective confinement due to COVID-19. They are all isolated and if anyone needs to enter or leave the village, they need to do it rigorously to avoid “bringing the disease to the village.”

Individual life in the village cannot be conceived as it is in the city. As soon as the federal government announced the confinement, Fernanda’s friends and family who live in cities returned to their village: “It is easier to survive in the village, we take care of each other. Even though I don’t grow as much as I used to, I now have my chickens and seasonal fruit. I have water, we preserve leftover fruit or food, my neighbors come by every day to make sure I am well.” For the people in Fernanda’s village, taking care of the land where their umbilical chords are buried connects them to Mother Earth and defends the life of future generations.

It is estimated that by 2050 we will need twice as much food to be able to meet our food demands, while at present 50% of the food is wasted without being consumed.  Perhaps producing locally and experimenting with urban alternatives might help us to connect even more with nature, to rethink what we consume and grow, to value the effort it entails and to readapt our habits.