The natural places where we most want to live are the most vulnerable to climate change. What role can design play in adapting them? 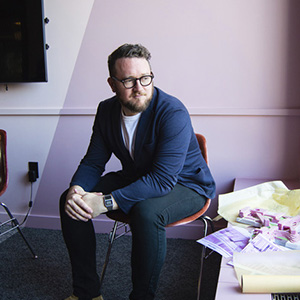 This article is from the archive of Roca Gallery. It was first published in March, 2020.

I was recently at an event in downtown San Francisco organized by the Greenbelt Alliance, a 60-year-old organization founded to stop urban sprawl (and endorse smart growth) in the Bay Area. The event was in aid of Greenbelt’s search for a new mission—responding to rapid climate change, the region’s housing and infrastructure crisis, as well as some general soul searching. The guest speaker, Laurie Johnson, President of the Earthquake Engineering Research Institute (EERI) spoke to the new regional Plan Bay Area strategy’s stacked risk assessment (seismic, wildfire, flood and sea level rise) being used to inform decisions on locating future housing growth and climate change adaptation. The irony, she lamented, lay in the green hillside reserves related to the San Andreas, Calaveras and Hayward faults that were preserved as amenity through a “seismic safety act” that stopped housing development in these areas to avoid landslides. But in a warming climate—with Northern California having just experienced three consecutive devastating fire seasons—these vast areas of green amenity have become a significant threat to adjacent communities.

It’s an interesting conundrum faced by urban planners across the globe. Whether natural reserves, rivers and coastlines—environments our communities crave to live alongside—will more frequently threaten livelihoods through their vulnerability to fire, flood and sea level rise, caused by a changing climate. For us Australians, this dilemma has demanded attention over the past few months, but even before this season’s fires it’s something that we in this foreign and at times hostile landscape should be more prepared than others to accept. Regrettably, our natural reaction has been to resist the landscape, rather than better understand it and adapt our communities and lifestyles to be resilient to shocks and stresses.

As a profession we need to hold a broad conversation on resilient design that is essential in adapting our communities to live in these changing conditions. Because the places where many people continue to want to live are at that intersection with nature and that is where the threat is greatest.

Our recent work on the Resilient by Design Bay Area Challenge offers a case study in the threats facing our communities, particularly sea level rise, and the role that design can play in helping them with climate change adaptation. Around the more than 400-miles of shoreline around the Bay, many communities cluster around a shoreline that has drawn human settlement for thousands of years. These modern communities also have historic cultural connections to the Bay, whether simply through recreation or through industries and fisheries. Dotted along the shoreline there are water quality plants that treat stormwater and sewage. Housing and industry has similarly clustered along the many small creeks that wind down to the shoreline. As development has intensified over the last 50 years, closer and closer to the shoreline and creeks building into the bay over marshlands and culverting creeks, flooding has become more common and more devastating.

The topography of the region means that even conservative estimates of sea level rise show these low-lying habitats will be inundated, along with many human habitats. The low-lying shoreline communities built on bay/creek-side fill & sediment are vulnerable to a triple threat of sea-level rise, increased fluvial flooding (unable to discharge into the bay) and liquefaction in earthquake. They’re looking for a way to protect their land or adapt in place, often forced to locally bear the cost of this regional and global challenge. Whether Foster City or Alviso, the one thing our study of these communities found was that the design of adaptation needs to engage residents in a hyper-local process, leveraging holistic design thinking through a model of regional open-source sharing of the solutions.

A Hassell-led team worked with San Mateo County and the City of South San Francisco on a prototypical adaptation plan for the small bayside community commonly known as “South City.” The Resilient South City plan looked to both long and short-term climate change adaptations of the community along Colma Creek and the Bay shoreline, as well as the interconnected parts of that community critical to managing water and building resilience. The proposals in the plan were developed to be shared with the similar communities in the region, through a process that was designed to empower community members and signal the potential of positive change. The project began with a temporary community storefront being established in a long-term vacant building in the main street.

Beyond shoreline protections, holistic water management extends far up the hill. The plan created opportunities for transforming the creek corridor for better public access and amenity, as well as key drainage streets connecting upwards to the local schools. It enabled transformations of the schools into hubs of the community and disaster response centers (capturing, treating and reusing water). And it even extended further upwards to the mountain reserve above the town, creating key points to manage water, manage future fire hazards, and provide for recreational access.

Climate adaptation of waterfront communities will require us to integrate gray and green infrastructure solutions, but most importantly it will require social infrastructure. The long-term viability of these communities requires designers to resolve the complicated task of protecting and preparing communities for pending intermittent disasters, as well as retaining and reaffirming their relationship to their adjacent natural amenities within their daily lifestyle. It will take innovative design solutions to balance the dual amenity and threat of the landscape in a changing climate, but it’s an opportunity for us to right some wrongs at the same time.