Designing spaces in a refugee response 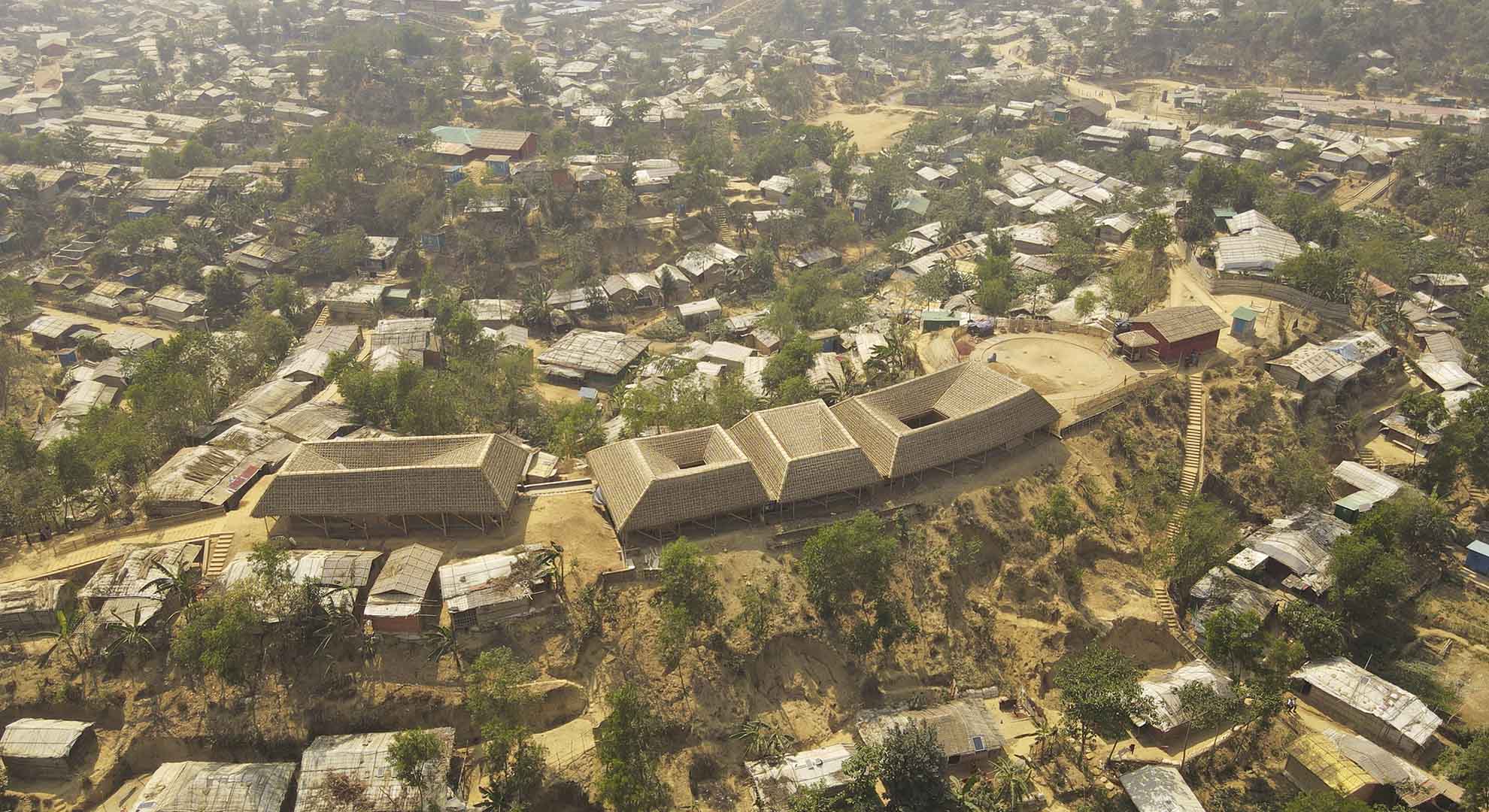 How often do we face the scenario where we cannot go back home at the end of the day because it no longer exists? Imagine after a busy day of work, we’re carrying our things and calling our families to let them know we are coming home. Imagine all these things we do every day but we can no longer do ever again because all of a sudden we find ourselves in an unknown land and we don’t have our own bed or even a floor to sleep on, not to mention a ceiling fan, or a mosquito net.

When people from the Rohingya community were forcefully displaced from their home, from their daily life, from their farming lands in Myanmar, they fled to Bangladesh overnight, crossing the Naf River, with or without boats and losing many loved ones along the way. After the genocide, overnight they found themselves in a new reality that was nothing less than a nightmare. No shelter, no bathrooms, but just the vast hill of a foreign land.

However, the people of this foreign land, Bangladesh, rushed to support them with everything they had. Food, tarpaulins and temporary toilets were quickly on their way, but this was not enough to accommodate  a million refugees under the open sky.

This emergency situation lasted for a long time. And after a year it was not just about food, hygiene and shelter. As if the lack of basic needs was not enough, many other issues started coming up. Gender-based violence, health concerns, conflicts between the hosts and the refugees, were daily challenges that slowly undermined the mental well-being of the Rohingya community and contributed to their loss of identity.

As design professionals it was important to start without expectations about how to design spaces for this context. Instead what was important was the intention to come to help in this crisis situation. The camp was growing literally every day, consuming massive amount of resources, materials and human efforts. Spaces were being built in the shortest possible times, without considering the minimum quality of a healthy environment or ensuring a minimum quality of life, which was an overwhelming need as a majority of the community were adolescents and children, who will spend an important portion of their life in the camp.

Government and other organizations had been trying their best to achieve a better way, and we worked with them in many situations, from 2018 to 2022. During this time, we focused on a response rather than on individual projects. Starting from government office spaces to healthcare facilities, from wash zones to shelters, all required the attention of designers to make efficient use of the resources. At the same time, community spaces were needed to provide a sense of identity for the displaced people within this temporary realm.

Building together with the refugee community gave us the opportunity to understand who they are; to know their colors, textures and ways of living; to listen to their stories and lives from back home. And their stories turned into vibrant paintings, patterns and forms that expressed their identity. This also created platforms to exchange our local knowledge with their indigenous knowledge. These conversations resulted in creating empowered team members and decision makers from the community, which was probably the best outcome that we achieved during all these years.

For the response, a wide range of communities needed to be addressed  within this context. Starting from the camps of the Rohingya refugees, we reached out to the host communities, to Bangladeshi ethnic minorities, and to Rohingya minorities such as Hindus, in order to create places where both the Bangladeshi and Rohingya communities can come together. Instead of operating with preconceived ideas we took into account their customs, culture and mental well-being, which helped to create environments that provided them with a sense of value and dignity.

Displacement has always been a widespread problem worldwide. Many organizations work in similar contexts but often appropriateness, active participation, microenvironmental considerations, and cultural considerations are overlooked, which make the efforts underutilized in many cases. In this short period of time, working with an oppressed community gave us the opportunity to share our views, learn theirs and gradually deal with the issues related to the loss of identity.

Creating dignified spaces with the men for the women of the community gave us the opportunity to make them feel included and valued. Working with Hindus as a minority group within a Muslim context led us to work on building trust with the rest, and working with the host communities gave us the opportunity to create a better response to the consequences caused by the influx of refugees. All these opportunities made us realize that architecture can connect and create positive impacts by taking into account carefully designed methods, even where life is temporary.