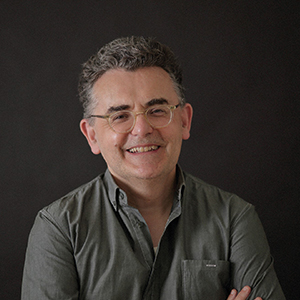 Architecture exhibitions are something of a contradiction in terms. Although architects and historians have long made exhibitions, and published copious accompanying catalogues, the material on view is nearly always a mere representation of architecture and not architecture itself.

In the 18th and 19th centuries, Europeans of means traveled to Italy, Greece, perhaps as far as Egypt, touring the famous sites and frequently returning home with fragments or, more likely, casts of fragments to signal refinement and to serve as markers for architects and builders in their home countries. Visitors can still enjoy such casts at the Victoria and Albert Museum in London, the Cité de l’architecture et du patrimoine in Paris, and the Hall of Architecture at Pittsburgh’s Carnegie Museum of Art.

Modernism blew away many of those predilections regarding imagery, style and the role of history. The famous Modern Architecture: International Exhibition at New York’s Museum of Modern Art in 1932 heralded the new International Style in the United States with large models and black-and-white photographic blow-ups. With many of the selected buildings sited in Europe, photography proved an excellent medium to bring distant architecture and exhibition visitors together.

In recent decades, the number of architecture exhibitions has greatly increased, their diversity and the variety of ways in which architecture can be exhibited indicated by ambitious new biennales as well as pop-up exercises across the globe. Exhibition makers have learned from the worlds of art, design, film, new media, and science.

In Venice alone, we see every two years at the Biennale radically different attempts to tackle the remarkable, 300-meter-long interior of the Corderie as well as dozens of national pavilions vying for attention and validation in a host of other venues around that most architectural of cities. Part of the fun, for initiates, is to see how exhibitions reconsider such existing, known spaces.

Architects and curators now visit these extensive and expensive exhibitions to check out the latest projects by their heroes, by their peers and rivals. Exhibitions risk, of course, becoming something like a trade show with more than a few “vanity projects.” The nonarchitect or nonacademic visitor may be baffled by the presentations and by the arcane language. Such nonspecialized visitors may well wonder if the exhibition is intended for them at all.

The installation, therefore, is often as vital to the success of the exhibition endeavor as is the collated content (the checklist) itself. The display mechanisms for drawings and models, the integration of audiovisual and digital components, the relationships between existing space and new temporary spatial elements, and sensations experienced by the visitor (is there anywhere to sit?) all contribute to the exhibition directly.

At the Carnegie Museum of Art, we recently opened a new exhibition, The Fabricated Landscape, looking at the work of ten emerging practices from around the world. Each has three projects on view. The 30 projects (10×3) are deliberately dispersed so that visitors, we hope, will wander and on occasion make connections between works by this or that practice in different galleries. The installation is intended as a kind of landscape itself, temporary of course and a little quirky with visual clues or enticements to explore.

Looking back at the last 15 years in Pittsburgh, certain traits are shared by several exhibitions, in particular the quartet of Gritty Brits: New London Architecture (2007), White Cube, Green Maze: New Art Landscapes (2012), Building Optimism: Public Space in South America (2016) and now The Fabricated Landscape (2021). All are concerned with the ability of architects to instigate change through comparatively small projects, projects that hint at potential future projects, and projects that are as interested in the space between buildings as in individual buildings themselves.

For Gritty Brits, we commissioned a new model from each of the participants as certain important projects lacked an exhibition-worthy model. For White Cube, Green Maze, we were able to send the distinguished Dutch photographer Iwan Baan to all six key sites. For Building Optimism, we commissioned nine short films from OnArchitecture in Chile. Each in its own way brought a visual logic to the exhibition in question.

As architecture departments often also have permanent collections, there can be a close connection between today’s collecting goals—greatly changed since the days of touring aristocrats—and the formation of exhibitions. The collection in Pittsburgh is certainly enriched by these four exhibitions prioritizing young international architects. We hope to provoke visitors’ attitudes to the built environment now and in the future.

We are lucky to also be able to contrast such new phenomena with objects, like our plaster casts, from the past. This is the gift and challenge of a long-established museum: making connections across the decades so that the past and the future may both be addressed with knowledge and creativity.