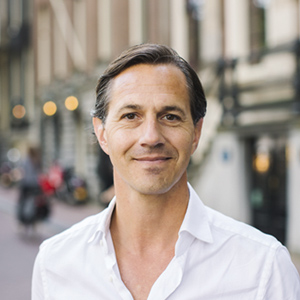 Investor and entrepreneur Warner Philips participated in the symposium “The Context of Sustainable Architecture” at Roca Gallery Barcelona in May, 2014. In the first part of this recent interview he reflects on the transition to renewable energies and what the future will bring in terms of travel.

Going back to the presentation of your LED light technology at the Roca Gallery symposium you were critical of planned obsolescence in certain sectors. Do you think this business model has changed in the last six years?

Yes, I think it has changed because companies are becoming so much more aware of their ecological footprint. A lot of the pressure on companies to change used to come from environmental organizations but the pressure is coming increasingly from consumers. Particularly millennials. They’re very critical about what they’re buying and where they’re buying it. Companies are also seeing that the more they invest in emphasizing what their societal purpose is, the stronger their brand will be on the consumer market. They can recruit and retain more and better talent, and their investor base will improve as well.

What is your opinion about how we are doing in the transition to renewable energies?

I’m seeing a lot of change in energy consumption. In fact, I think we need to continue creating success stories, and share them with as many people as possible. For instance, we’ve invested in a company that helps businesses balance the amount of energy they’re using, which will reduce overall how much power is needed to service the whole economy.

One of the technologies that I’m most excited about is solar and it’s interesting to see how it’s scaling up and how some initiatives are breaking through that will help push it even more into the mainstream. I think that solar-powered hydrogen—basically using solar power to produce hydrogen—is interesting because hydrogen is a more reliable kind of fuel. It’s a clean fuel and you can use it whenever you want. I also think PV thermal is really interesting. We’re currently looking at a company that uses PV thermal technologies to desalinate salt water so that very clean distilled water can be produced. I think the combination of renewable energy and clean water is very exciting.

And all the electrical vehicles … as recently as 2015, when I was living in Silicon Valley, I remember that electrical travel was still sort of fringe. Now every large automotive company is making electric vehicles, or at least hybrid. Everybody’s fading out fossil fuel cars. So, that’s a big step.

How do you see the future of travel?

I think the way we are wired as human beings is we want to enjoy life, and travel is very enjoyable. Now, the question is: how can travel be done sustainably? I think one of the key things is we’re starting to figure out that maybe we don’t need to travel that often; that we need to rethink travel.

I also think there will be better means of transportation in the future that will have a dramatically lower carbon footprint than air travel. There’s a couple of companies that are working on this. We have one in the Netherlands called Hardt Hyperloop. They are working on technology that transports people in a train-like compartment in a vacuum tube. For instance, you could travel nonstop from Amsterdam to Barcelona, or wherever in southern Europe, in probably about two hours. It’s safe, and you can walk around, you have a Wi-Fi connection. If we would switch to this technology, we could probably replace all continental European air travel.

What is your vision for sustainable air mobility?

I think there’s a lot of small steps, and then there are a couple of really big steps that we can take. For instance, KLM and the University of Delft have presented a new airplane that will dramatically lower friction. It’s shaped like a V and looks a bit like an arrowhead. It’s really a next generation airplane that probably won’t be flying until 10 or 15 years from now. And of course, there’s biofuels for air travel as well.

At the end of the day, as a species we love to travel, we want to see other places on the planet, we want to meet other people. We want to develop ourselves. So we’re just going to have to figure out different, smarter, cleaner, but arguably better and more comfortable ways of traveling. I’m incredibly hopeful, even when it comes to mobility.

What do you think are the keys to making this mentality go global so that people can definitively trust new alternative solutions?

All the technologies that we need to survive and thrive on a planet with ten billion people are actually here today. If you look at the awareness that’s growing and how people are modifying their eating habits and becoming healthier; how it’s become cool to ride a bike and drive an electric car; how it’s become smart to work from home with videoconferencing rather than going to the office everyday; it’s clear things are really changing. I hope that we will continue this trend, and I think we will because we can.

So now it’s mostly just the will and the courage for people to make the right decisions and say: “Well, maybe we need to close down some old polluting industries and fast-forward to the way it should be.”

This interview was conducted by Inês R. Correia and Diane Gray. It has been edited and condensed.