Participatory Design and Forms of Living Together 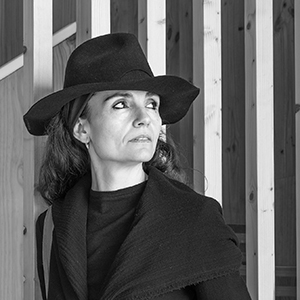 When analyzing three senior housing projects—one inhabited, another under construction, and the third in the design process—developed over a period of 15 years, we get a glimpse of the progressive incorporation of social sustainability strategies that promote the use of the common and protect the idea of community. To this end, the analysis shifts from the typology to the aggregation where these strategies are implemented.

In the Glorias project (2008–2017), developed in collaboration with the office of Bonell i Gil, the communal spaces polarize the inhabitants’ routes on the rooftop of each block, which has laundry rooms, porches, clotheslines and solarium patios, as well as multipurpose rooms that overlook the shared terrace on top of the base of the ensemble. This layout allows all the users of the three blocks to engage in this outdoor space and share the three multipurpose rooms as a single community. In the base, a daycare center and a healthcare center make up the mixed-use program of the building and bring coexistence to another scale of spaces open to the neighborhood. A landscaped public space and fitness elements for the elderly extend the scope for social interaction in the immediate surroundings of the building. In this project, the circulation routes separate spaces and functions.

However, in the project on Venezuela Street in the 22@ area (2019–2023), the circulation paths connect rather than separate. In addition to connecting spaces, they connect people, thus becoming relational spaces. A walkway that crosses five courtyards expands into generous entrance landings and connects the dwellings, the vertical units, and the multipurpose rooms. All the homes colonize the landings with access volumes, intermediate spaces that link the communal and the private using wooden lattices. The surface area of the landings is large enough for each user to make the space their own, giving it an identity.

Recognizing one’s home, plants, and personal belongings makes the resident visible, as opposed to the anonymity of traditional watertight doors that encourage individuality, isolation, and self-sufficiency. Therefore, there is  a continuity between the inside and the outside. This fosters a sense of belonging and interdependence and—dare we say it—a change of attitude towards the common, which ceases to belong to no one and becomes everyone’s. The pandemic has shown us that we are all interdependent today, from the air we breathe and which infects us, to the air we pollute. As the philosopher Marina Garcés states in her book Un mundo común: “The real contradiction of modern life is not, therefore, between the public and the private face of the individual–citizen, but between their self-sufficiency and dependence.”

Instead of arranging the shared spaces at the corners of the building as in Glorias, here the link is reversed, and the vertical communication cores are located at the ends of the building. The common program is found along the way instead of having to make a path to find it. This arrangement also allows for a route that loops through the building. The evacuation staircase is thus an alternative route to the central core and its use promotes healthy exercise when personal mobility allows it. Thus, it’s possible to use the lift to access the roof terrace with a laundry room, clotheslines, solarium, and vegetable garden and to go down the staircase at the other end of the building to return to one’s flat. This way, routes are encouraged, and users are free to meet with or move away from their neighbors, depending on their mood. All these circulations and opportunities for encounters run through a large bioclimatic atrium that integrates the superimposed housing programs in sections: public housing, social rental housing, and lodgings.

In the Can 70 senior cooperative project, common spaces are shared at the ends of the building and along its length. These include the spaces inside the base, which brings together the two buildings of the complex, as well as the terraces that offer lookout points on the top floors, or in the staircases and lift landings, which are understood as generous access galleries to the clusters that function as a winter garden or porch in summer. The aim is to transform the core into a space for socializing, as an intermediate space of reversible behavior that implements both a social and environmental sustainability strategy.

Orienting the vertical core to the south, with views of the garden, is an unconventional decision. It shows that the rules of the game change when the building’s common dimension is prioritized. And changing the rules of the game is perhaps the first step towards changing the way of living. A way of living in clusters that makes it possible to reduce the private space to increase the shared space. Plural living, sharing, will not only be the key to having access to a sustainable and environmentally responsible life, but it will also be the key to mitigating loneliness, that other pandemic hidden in the domestic interior that silently stalks our society.