The impact of the dream of space 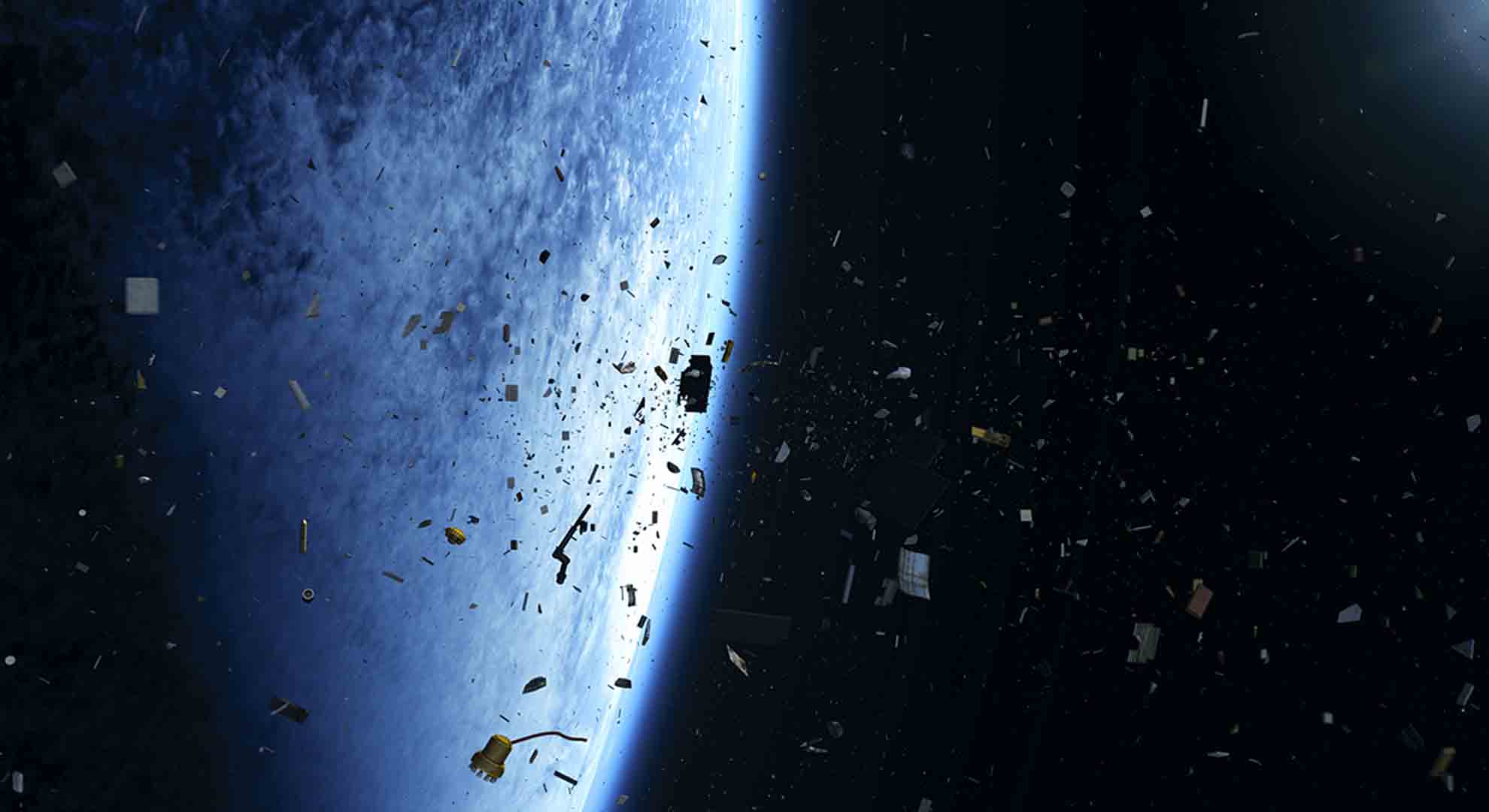 Since the 1960s, when the first manned space voyage took place, humanity has dreamed of living on other planets. Recent decades have brought great advances in the conquest of space, and a variety of architects have collaborated with agencies like NASA to help shape the dream of space, designing habitats, first for astronauts and now for space tourists. None of them imagined what a huge amount of space junk these space voyages would generate in the future.

In 1986, the Soviet Union launched the first module of the Mir space station, the first of the large space stations. Its assembly continued for the next 10 years, and it housed as many as 125 cosmonauts until it was deorbited in 2001.

The Mir, whose name means “peace” and “world” in Russian, was the forerunner of the International Space Station (ISS), currently in orbit. The ISS is a masterpiece of engineering and architecture, designed in part by the British architect David Nixon, who founded the Future Systems studio with Jan Kaplický. David Nixon worked for NASA, designing the astronauts’ compartments and their personal equipment, among other elements. Norman Foster is also currently collaborating with NASA and the European Space Agency on the design of self-constructed systems and habitats for Mars and the Moon.

After 40 years of space launches, it is estimated that approximately 100,000 fragments of space junk are orbiting around our planet, which could pose a serious problem for spacecraft and operating satellites and has the potential to generate a cascade effect, known as the Kessler syndrome.

Today, any company that launches a satellite into space is obliged to comply with international space laws about space junk, regulated by the United Nations Office for Outer Space Affairs (UNOOSA), which is also responsible for implementing a strategy to eliminate the satellite once its useful life is over. There are two options for dismantling a controlled space object: either sending it into an outer orbit or bringing it back to Earth. Objects that are returned to Earth tend to disintegrate due to the friction and speed when they come into contact with the atmosphere. But because larger spacecraft and space stations don’t entirely disintegrate, a space cemetery was created for them on Earth.

Point Nemo, or the Pacific’s oceanic pole of inaccessibility, is located in the South Pacific Ocean, 2,688 kilometres from Antarctica, the farthest point from any land mass. Since 1971, more than 263 spacecraft and satellites have been directed there transformed into space junk. In 2001, it was the turn of the Mir space station and its 142 tons of debris. In 2024, the 240-ton ISS, the largest habitable space station in orbit around the planet, is scheduled to fall to Earth there.

One of the most relevant aspects of Point Nemo involves the 26 microplastic particles per cubic meter that the Volvo Ocean Race boats collected in 2018 in different water samples near this location. These figures are not as alarming as the 357 particles per cubic meter that those same ships picked up in the South China Sea. Point Nemo is located literally in the middle of nowhere, far from human civilization, yet the results of these water samples are a clear reflection of the drastic impact of human action and our need to conquer new territories.

Point Nemo was named after Captain Nemo, whose name comes from the Latin word for “no one”. He is the main character in the novel Twenty Thousand Leagues Under the Sea, published 150 years ago by the French author Jules Verne. The novel narrates the voyage of the captain and his crew aboard the Nautilus, a submarine that crosses the oceans in search of a mysterious beast that lives at the bottom of the sea and has sunk any number of boats. One of Captain Nemo’s most famous quotes is the following: “The sea is the vast reservoir of Nature. The globe began with sea, so to speak, and who knows if it will not end with it? […] ‘The earth does not want new continents, but new men.’”

What price are we willing to pay as we look for new places for humans to inhabit?

It is only a matter of time before space tourism goes commercial and we might just witness the first constructions on the Moon. But what price are we willing to pay as we look for new places for humans to inhabit if there is a global natural disaster? We need to find urgent solutions to mitigate the current ecological impact of human action on our planet, instead of generating new problems like space junk. Otherwise, we will be the ones to force our own escape as the Earth becomes increasingly less habitable.