The theatrical character of the in-between 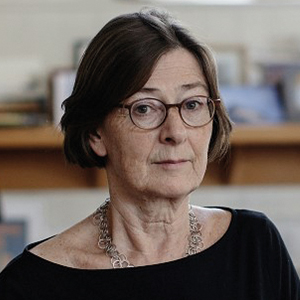 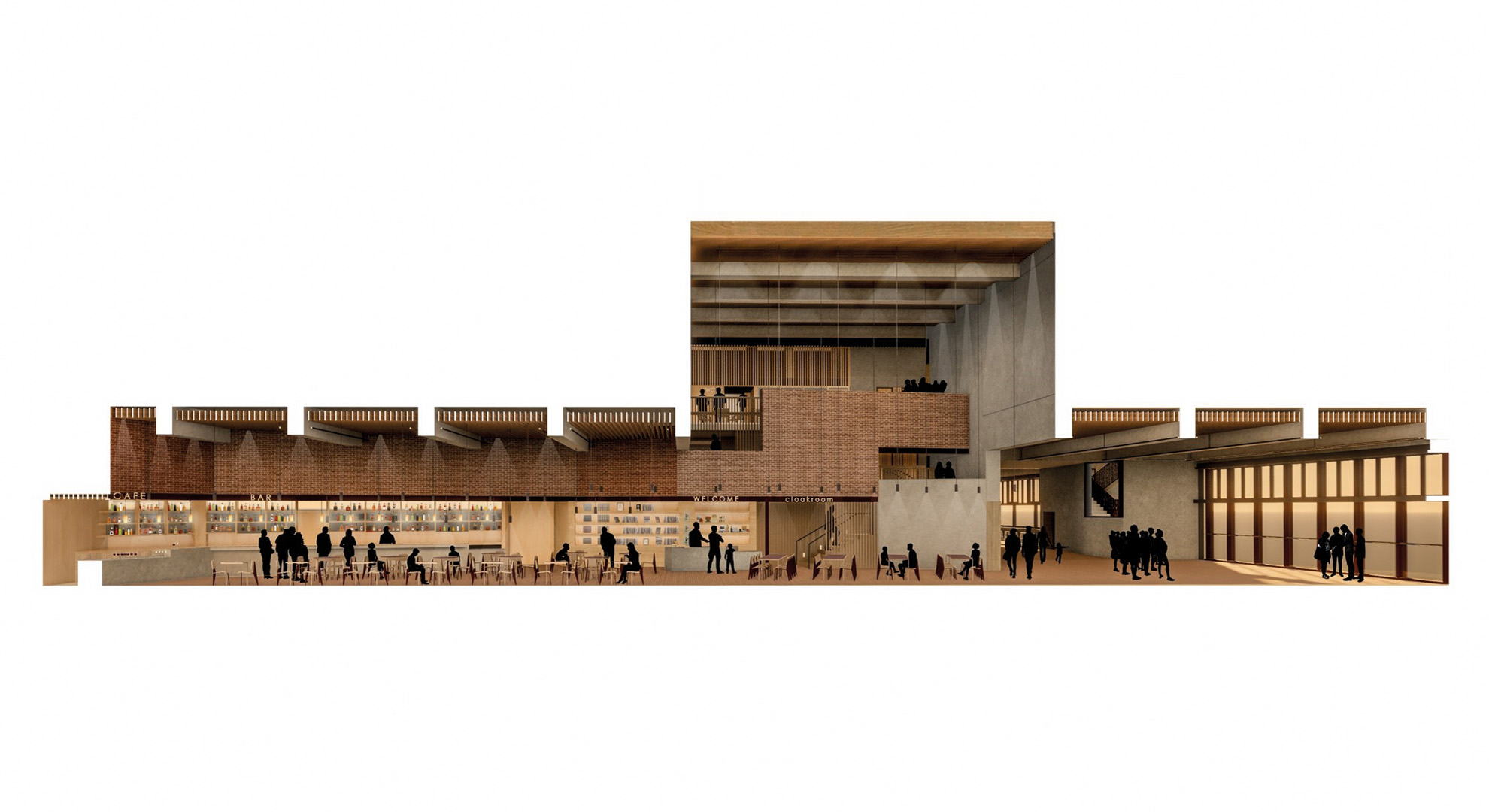 Through more than 30 years of practice we have been engaged in making cultural places and buildings. Foyers, the sorts of spaces that occur in the in-between, between the open street and those indoor rooms where programmed activities predominate, continue to preoccupy our attention. These are the charged spaces that anticipate the play, that prepare us for the work, places of coming and going, accommodating stillness and solitary onlooking. In some ways they are dependent, therefore might be seen as secondary, their geometry not fixed, their boundaries deriving from the demands of more functionally defined interiors. Yet these in-between zones are primary too. They are the spaces through which a building introduces itself, their function is to welcome, releasing us from a world overfocused on intensity of purpose. The key point is their in-betweenness: a loose fit between public and private, between old and new, between inside and outside, a comfort in occupation. These could be described as contingent, even noncommittal, spaces where the decision to enter can be eased or postponed, where you can find yourself in the cultural or architectural orbit of the building without crossing a physical threshold. Understanding these spaces comes from reflection in experience, from noticing, from the noticing of noticing, from unconscious absorption and conscious recall of lessons learned at the appropriate time.

The foyer of the Irish Film Institute (IFI) is a route as well as a place. Its spatial configuration comes from a string of old and new spaces that lead like stepping stones from the street through to the heart of the building, to end in an outdoor room at the other side of the block. The high central space, with its railway station glass roof, is intended to feel external, like a campo at the convergence of routes, overlooked by the balcony café and blind windows in the old brick walls. A lot of energy comes from the pull of the new against the old, repurposed rooms imposing their geometry on a general purpose space.

We can call it a campo because this kind of plan-making, between side-stepping places and shifting routes, is Venetian in character, practical lessons learned from walking through that city, applied not only from the analysis of maps and plans but also from the personal experience of spatial conditions, observing how people occupy places and move through interlocking paths. It’s the repetition of similar but never identical sequences that allows for their assimilation into our ways of working. Venice is the city of poignant absences, empty spaces that seem to hold the ghost of a spectacle, one you’ve just managed to miss. How can that feeling of presence be captured in a static structure? Is it to do with surprising shifts in direction, entering the campo in one corner and finding the exit is rarely opposite, reinforcing the sense of enclosure in its intimate interior before moving on? Or is it because these traffic-free spaces have dimensions normally found inside buildings? The ten-minute walk from the Accademia to the Frari is a sequence of narrow compression and angled release, culminating in the Calle Stretta Lipoli, apparently a dead-end, but then a crack opens—through which looms the brick bulk of the church—and another series of urban spaces begins to open up. That tiny gap measures less than one meter wide. On a drawing it would look wrong, yet the whole throng of Venice moves freely through it. If that urban shift had been designed with input from traffic flow analysts or deskbound advisors, the gap would be four meters wide and all the drama would be lost.

The IFI, our first public building, was designed to weave a path through a tangle of historic urban fabric. It made a new place out of a semi-derelict city block. Our next project was for the fully derelict half of that same block, an external cultural space for events and performance. While the IFI was still on site, as part of the Group 91 collective we won the competition for the Temple Bar Cultural Framework Plan, and we designed two buildings across from each other on Meeting House Square, two buildings connected by an immaterial idea. Cinema is projected from a box built into the National Photography Archive onto a screen housed in the window of the Gallery of Photography. On the other axis, theatre can be performed on a stage opened from inside to outside. The square has the characteristics of an internal space. It is a gathering space for the four institutions that surround it, a weekend food market and a quiet pocket space away from the hustle of the city.

In these early works we developed a lasting aspiration that public cultural buildings, with loose fit permeable plans, with suites of in-between spaces, should feel like natural extensions of the space of the city, indoor-outdoor places open to the civic realm, like the old railway station halls. This thinking runs through all our cultural-cluster buildings: the Lyric Theatre in Belfast, the Irish Language Centre in Derry, the Sean O’Casey Centre, the Central European University in Budapest. In the eight-story student centre at the London School of Economics, the staircase itself, with its landings and hallways, becomes the public space.

All these projects prepared us to move up a scale. We had learned to act strategically and think experientially at the same time. We realized that every house needs an urban strategy and every city block needs intimate space. When the chance came to design a new cultural, educational and residential quarter in East London, we were ready.

We are the architects for the new V&A East Museum and Sadler’s Wells Dance Theatre now under construction within the East Bank Cultural Quarter.

The dance theatre is a square building with an orderly plan. The flexible auditorium holds the corner and rises the full height of the building. Six studios wrap around the fly tower in two ranges at upper levels.  Below the studios, the free-flowing L-shaped foyer is given order and rhythm by the deep structure of the rectilinear studios above. Compression and release are provided by stairs and service cores defining nooks and crannies in the continuous space. It is a public living room with a café, bars and a community dance platform. Its activities extend outside under a deep portico that gives shade and shelter, an eyebrow over the entrance and itself a place of gathering and performance.

You have to make the work you believe in, and you have to stick with it.  Time will be the judge of whether the combination of uses, together with the character of the place itself, can generate the wished-for public engagement and social interaction.