The Limits of Urban Reinvention 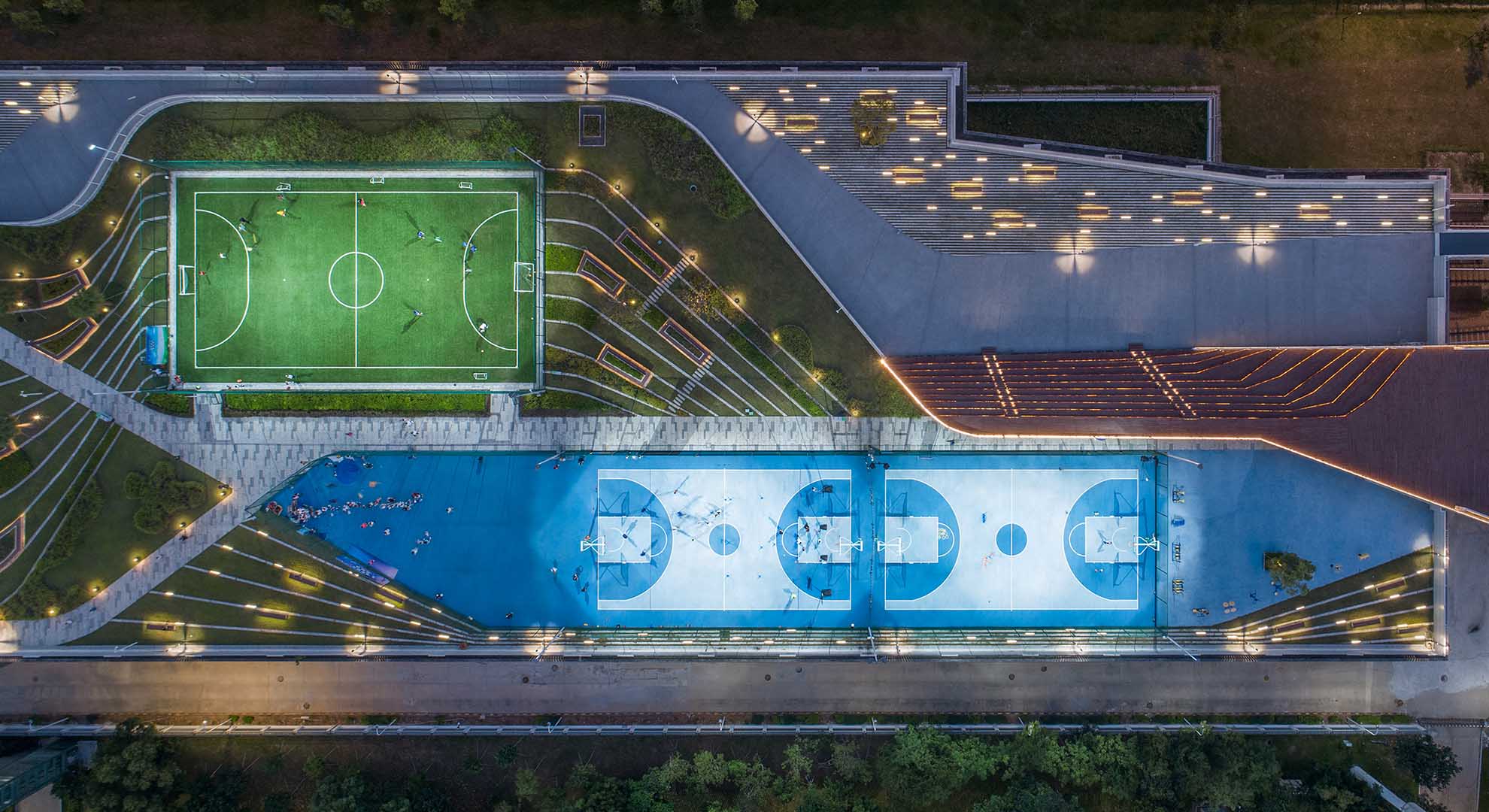 A number of the world’s most urbanized areas are located along China’s eastern coastlines. Some of the cities here are home to millions of people. They are dense, concentrated places that envelop a massive infrastructural network of power, water, telecommunications, and certainly transport systems, which have to deal with the extensive movement of large numbers of people and products.

This complex system has to be incorporated, constantly developed, and adapted across large cities, to cater to existing and future demands, boost economic growth, and to ensure a general quality of life.

On the level of the urban realm, streets, bridges, railway tracks, stations, maintenance buildings, and all kinds of other associated elements require space, which is an extremely valuable commodity, especially in dense and highly populated urbanized areas.

The individual infrastructure elements typically lack integration. Their requirements for accessibility, maintenance, and operational safety, often separate them from their context into alien structures that punctuate or even sever the urban fabric and its communities.

In China, public space traditionally is more designed for formal political representation than for social purposes. At the same time, Chinese megacities are in constant demand of more open spaces, and accessible landscapes. A more diversified society has brought about the urge for more recreational public spaces. Today, parks and places also embrace socializing aspects and healthy outdoor activities.

However, green areas are typically conceived as semipublic areas of residential communities, addressed by developers and planners as neighborhood conveniences but not as part of a bigger urban masterplan. Only special initiatives of districts and their individual planners allow for projects such as the Shenzhen Skypark, which bring about the necessary physical and visual links between the urban tissue and nature.

Because they are usually linear spaces that connect people, infrastructural elements often generate leftover areas around them and on top, as well as in-between zones that have the potential to function as urban nodes. These areas can be harvested into public urban space and connective sequences of parks and gathering places that supply cities with additional qualities, eventually increasing livability in an urban environment that links people and nature harmoniously.

The Shenzhen Skypark was created on one of those linear infrastructures. Near Shekou, a major ferry, bus, and train crossing to neighboring Hong Kong, the existing southern terminal and depot building of Shenzhen’s Metro Line 2 offered an exposed, unutilized rooftop area of 1.2 km in length, with a width of 50 to 70 m.

To make use of an existing rooftop area and transform it into an elevated sports and leisure park sounds like a fairly simple idea. In reality, it turned out to be a complex and long-lasting process for the architectural office of Crossboundaries that involved many different parties and their various interests.

With the entire building complex owned by the metro company, the general use of the roof surface had to go through a permission process, as infrastructure and traffic-related areas are generally not meant to be assigned to any open public use at all. The clear visibility of the Hong Kong–Shenzhen border checkpoint from the roof raised security concerns. The structural integrity of the existing building had to be assessed as well.

Another criterion was the benefit of the to-be-developed environment for a neighboring school campus: some of the planned sports facilities were assigned for their co-use, while the wider community also had to be included as a target group. An accessibility concept had to ensure that different users could reach the roof from various access points.

But the strong vision of creating a green oasis high above the ground, as a public park for diverse user groups—the residents of Nanshan district, sports enthusiasts, and students from the neighboring school—weighed strongly, convinced the stakeholders involved, and thereby managed to move obstacles out of the way.

In the final project, a sequence of different sports facilities has been intertwined with a park zone for recreation, connected by a linear meandering path. A new space accessible to the public has been created on an unused building surface, complementing and enriching a previously fragmented urban context.

Shenzhen’s subtropical climate, with its very mild winters and hot and humid summers supports the growth of diverse plants, turning the strip into a green element, a formerly missing piece, within the residential neighborhood. The benign weather ensures all-year use and enjoyment.

The Shenzhen Skypark stands for a successful transformation of existing infrastructure. It’s a role model for other Chinese cities where similar unused, outdated, or abandoned structures within the city fabric offer abundant potential for similar transformations that promote healthy, ecologically conscious, and vibrant city environments.