The different layers of the city perceived from a small site

Rethinking the Role of Housing 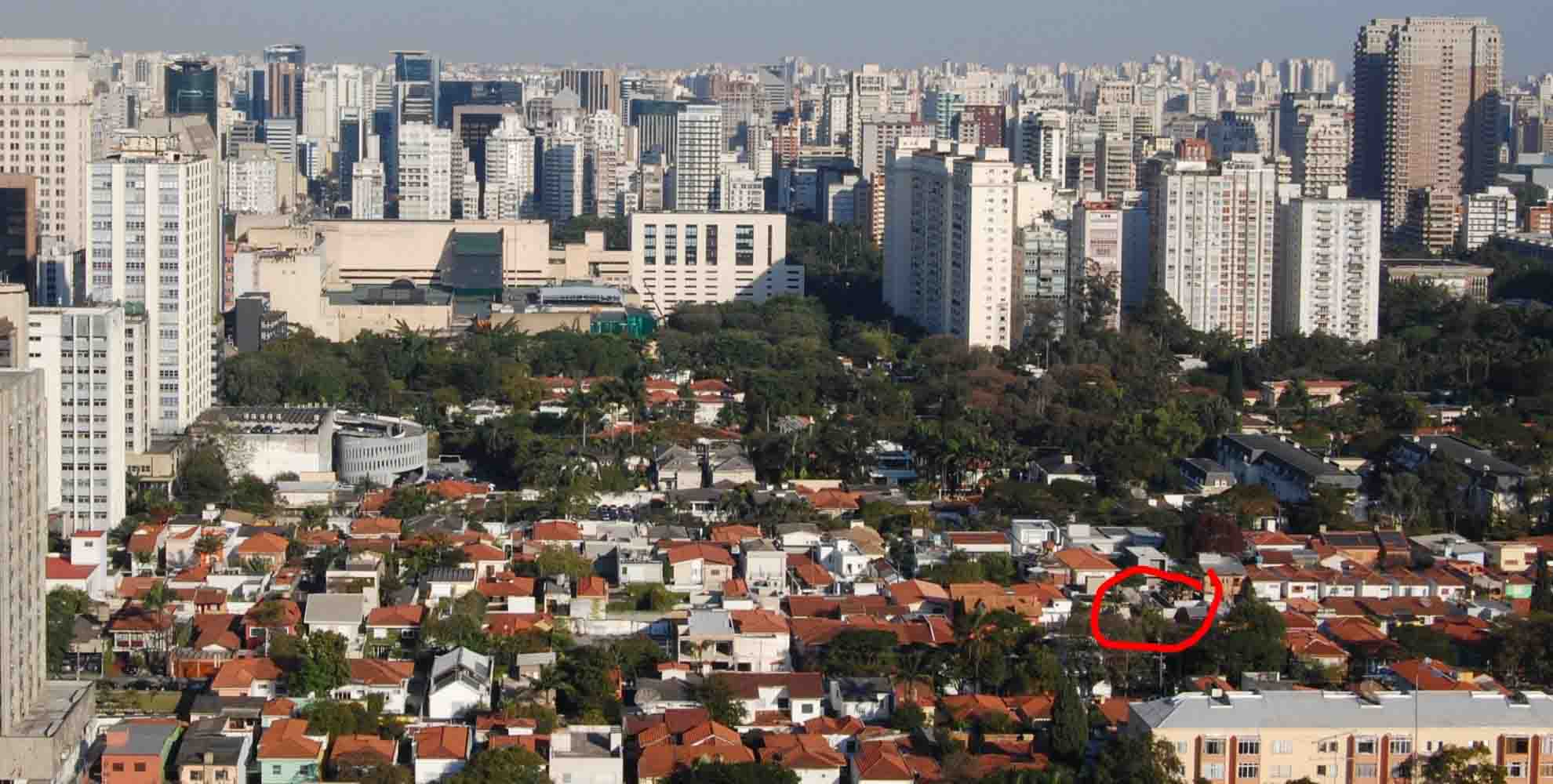 The thickness of the ground in the city of São Paulo, 20 m

The plateau on which São Paulo was built is a great water source, and much of its surface was covered by water. There are about 70 rivers and streams. Two of them—Anhangabaú and Tamanduateí—are recognized as historic and mark the site of the city’s foundation. The largest two—Tietê and Pinheiros—give their names to the two main basins, the two metropolitan rivers. The valleys the rivers dug into the plateau gave the city a unique characteristic: the recurrent depth of 20 meters between the top of the plateau—the upper city—and the water level at the bottom of the valleys—the lower city—corresponds to the typical thickness of the ground: the lower city. With its immense reflecting pool, the sky used to flood the earth in São Paulo.

In that site, the metropolitan precedent was represented by the planes flying 800 m above ground level on their approach to Congonhas Airport. The few blocks that the planes saw appear there, were a small and relatively isolated residential development.

It was there, on one of the last plots on Rua Iraci, that a couple who were living in an apartment building and working in an office building—two components of the sea of skyscrapers seen from there—envisioned a garden and a swimming pool as a desirable complement to domestic life in São Paulo. An alternative to weekend trips.

The submerged layer of the Pinheiros River, 2 m below ground level

Water is also present there under the ground. We are in the lower city, in one of many areas developed over the Pinheiros River floodplain where the water table is two meters below ground level.

The floodplain bottom has accumulated organic matter. The soil on the surface is not very resistant and deforms easily. The foundations have to go through the surface layer to find reliable support 14 meters down.

In the plan that the couple imagined, the pool and the garden, typically extensions of the house, were upgraded to the role of protagonists. There, it was everyday life that was a supplement.

The surface layer for sunlight, 6 m above ground level

Later the skyscrapers came to that small neighborhood creating a continuous facade that delineates the boundaries of the old neighborhood, where the buildings are limited to a height restriction of 6 meters. Therefore, the surface area for sunlight was defined by law at that same height. The roofs of the houses make the best solarium, the surface in full sunlight.

The forest in São Paulo

The city was built by reducing water surfaces, waterproofing the soil and cutting down large parts of the Atlantic Forest. Despite the immense scale of the city with its 20 million inhabitants, we are still surprised today by the amount of the original nature that remains in large forest areas within the urban area such as Cantareira Park to the north, and the large reserves in Parelheiros and Marsilac to the south.  Hopefully a new understanding of environmental issues means that these forest areas will be increasingly protected and expanded.

The couple’s plan seemed to go against the flow: build the minimum and maximize the permeable area and garden. Reduce travel: instead of adding another car to the traffic leaving the city on weekends, stay.

The idea for the pool and garden defies common sense and provokes an architect’s imagination to go further. How can we remove the house, the focus of attention, which contains the function of living, from that setting without letting what remains crumble completely? How to design it without feeling haunted by the ghost of a nonexistent house?

If the program is restricted to fragments of a house, there is just this notion of incompleteness. After all, each design is made of fragments of a whole that is a city, but the city is always inconclusive, successive totalities in continuous construction. This is our inescapable modern condition.

Interestingly, the clear notion of limit and fragment does not restrict, but on the contrary, drives us to overcome it. It implies an understanding of meaning beyond the object, on a plane that encompasses the scale where the architectural work starts to talk to us, where the meanings of the works reverberate, crossing time and space.

I like to think about the triggers of imagination, about how sometimes a word leads to a certain design response. For example, if one says “swimming pool,” the other automatically draws an excavation. But that doesn’t fit, so we have to change the words and say: “Let’s go swimming in the water tank.” But when you realize that the surface open to sunlight is 6 meters above the ground, then it’s as if that small 10 by 25 site was already an “excavation.” We add three layers to that void: the garden on the ground level, the living area on the intermediate level and the pool and solarium on the roof.

We could consider that the configuration reveals what has always been built in that area without even seeing it. After all, in the small neighborhood where the work is located and in the gardens, all the pools are built on ground level. The soil conditions meant they were all made in boxes of reinforced concrete, and they all have deep foundations. If we could go out there like archaeologists digging the ground under all those pools, we would discover many just like the one we made in Rua Iraci, but hidden under the ground we never got to see.

The pool and garden are programs. Domesticated forms made with elements that have covered the ground since long before the city was there: water and green. The emptiness that the city’s construction left behind on the site is also a founding trait of the São Paulo landscape. The most famous marked the center of the indigenous villages, which later became the heart of the metropolis that still keeps the same name: Anhangabaú. From these fragments of landscape, the architecture there, in the insignificance of its scale, dresses (her, in clothes) to speak (him, in philosophy) or vice versa.