The City as a Platform

An architect’s perspective on the future of retail 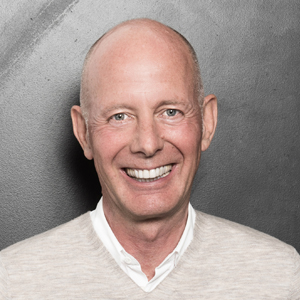 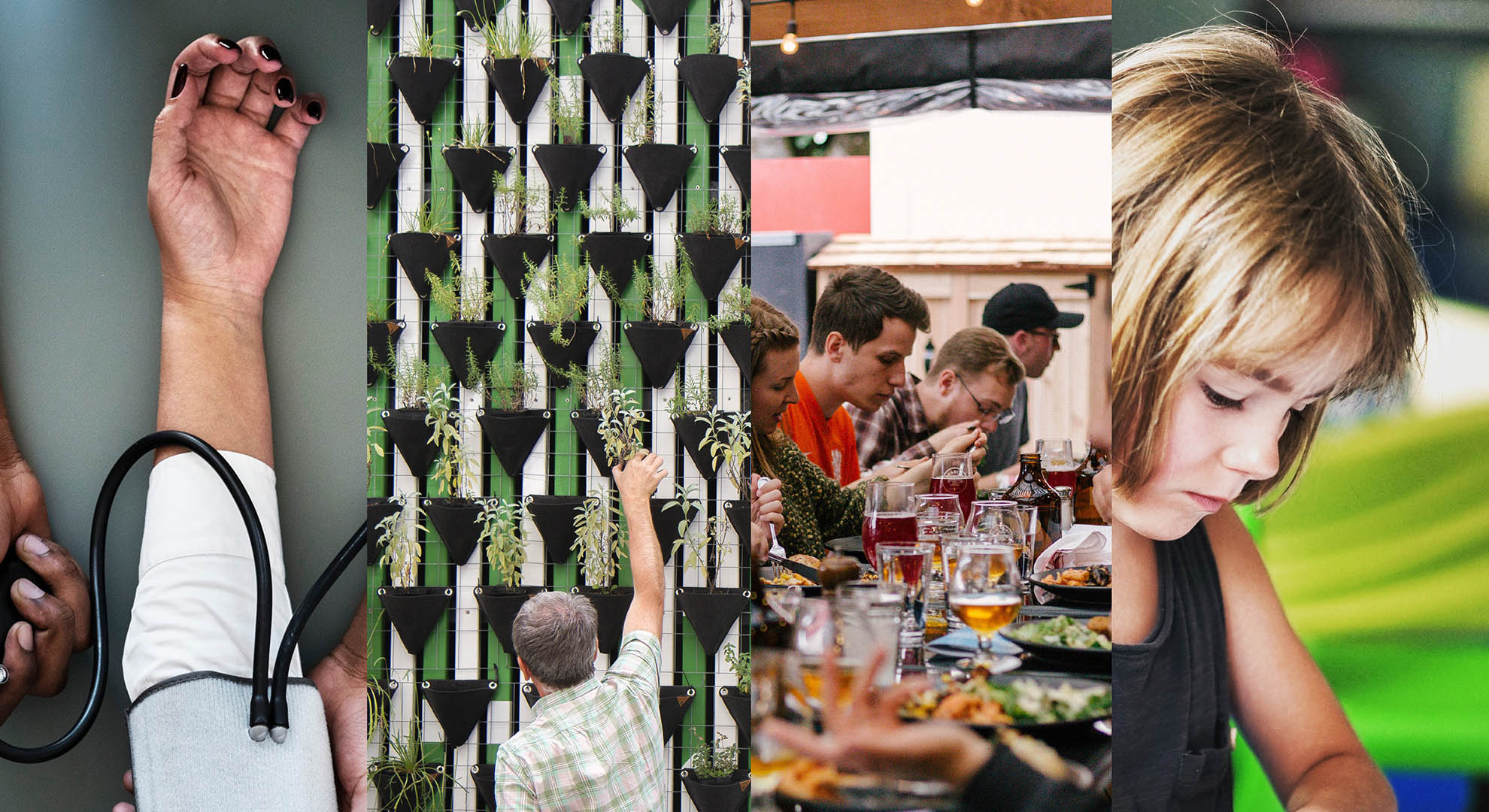 What exactly are shops for today? As architects and urban planners we’ve followed the rise of e-commerce closely in recent years. And so far the apocalypse of the high street, forecasted by many, has failed to materialize in our town centres.

The relationship between commerce and public life in cities goes back centuries. Not least in Amsterdam, a metropolis sustained from the start by energetic entrepreneurial activity. From fishermen selling their catch on the Amstel river in the 12th century to merchant ships bringing cargo back from the colonies to the establishment of the Dutch East India Company in 1602 (the first and still the most valuable corporation in history, worth at its height ten times as much as Apple today). Commercial success created public value; authorities spent heavily on water-ways and other essential infrastructure, as well as municipal almshouses for the elderly, hospitals and churches.

The relationship between private capital and public investment has become murkier since then, reflected in the way we pay for public services like housing and transport. In the past decade alone we’ve seen the platformisation of almost everything; a phenomenon which began with Napster streaming intangibles like music has crept into the city, with space-as-a-service platforms like Airbnb fuelling rent increases and mobility platforms like Uber fuelling congestion. The retail sector is no exception.

One effect of platformisation is that it turns each of us into a prosumer; as we scroll through our devices we consume information at the same time as producing data about our preferences. The spatial effect of this is to decouple retail from its associated building typologies.

Devices like Amazon’s Alexa bring shopping right into our homes, blurring the boundary between public and private, home and work. We provide unpaid labour in the form of communication – our questions train the Artificial Intelligence which provides the answer. And at an urban scale the uberisation of logistics, where first and last mile deliveries are completed by gig economy workers looking to earn an extra buck, further blurs the line between customer and company.

So what defines a platform? We can think of them as holding spaces, interstitial layers between user and provider. In this way we can draw a parallel with the shopping mall – a building intended to attract visitors and to keep them there for as long as possible. In 2018 we designed an extension to one of the most successful malls in Europe – Westfield White City in London. Its internal walkway curves so subtly round that you can’t perceive the end of it, like an endlessly scrolling Facebook feed. In addition to spatial tricks like this one, Westfield curates a series of installations, pop-ups and activities to entice visitors, in the hope that whilst inside they buy stuff.

Architecture and the language of architecture – platform, blueprint, structure – has in the past few years been reappropriated by the technology sector to give form to its immaterial output. Take Farfetch for instance, the world’s top luxury e-commerce platform (despite owning no inventory itself). Farfetch has a dedicated Architecture Group that designs the digital platform into which other retailers plug their wares. Having mastered the online realm, Farfetch announced in 2017 its intent to move in the opposite direction, launching Store of the Future, an Operating System for physical retail. The suite of technologies aims to increase sales by enhancing interactions between consumers and sales associates, generating valuable data on preferences, connecting online and offline experience.

Whilst this shift may at first seem surprising, the truth is you can gather much more insight about a customer’s likes and dislikes, habits, size and budget from monitoring their movements in-store than online. This means the value of bringing people into a space is higher than the value of bringing them to a website. Of course the investment is also higher – you need land, roads, buses, trains and clean air to get them there. To help pay for the shared infrastructure which enables them to trade, physical businesses pay taxes to the local municipality. We haven’t yet found an effective mechanism for capturing the value produced by online retailers in our cities, even though some of the most profound changes to urban environments are coming from the data and distribution centres which power them.

To begin to address this we need to remind ourselves that whenever we’re scrolling online, we’re always also standing (or sitting) somewhere in physical space. And when we bring people together in physical space, interactions happen. We designed Raffles City in Hangzhou with a carefully considered mix of programmes to bring together a diverse range of people. The towers form a vertical neighbourhood, an all-in-one platform for working, living and leisure that supports civic life at the same time as producing commercial value in the form of residential sales. The relationship between place-making and land value is deeply embedded within architecture. But when we create value for an online platform it’s realized somewhere far from where it was produced. Is there a way to re-establish the connection between place and value?

Perhaps the answer lies in the definition of retail itself. If the purpose of shops is simply to bring people into a space, then the attractor can be anything. This is why we see our high streets shift towards experience, storytelling and co-production. The activity itself is a carrier – our presence is the product. So retailers are coming up with ever more inventive ways of getting us through the door – from extreme taste sensations to layers of augmented and virtual reality to gamified experiences which reward us with goodies – real or virtual – for completing a challenge.

Decoupling the sales function from high street space presents an opportunity to transform the way we invest in cities. Rather than prescribing classes of land use (A – shops, B – business/industrial, C – residential, D – public/cultural), we can instead zone according to outcomes like health, productivity or happiness. What if the attractor is something useful – a space to work, to consult a doctor, to eat a meal – or a mix of all three? The retailer still requires engagement with a brand, but if the sale itself happens online, much-needed space in the city is freed up for public functions.

The first step would be dynamic licensing of venues using smart contracts, where a tenant (or combination of tenants) agrees to convert 50sqm of space into 1,000 visitors per week, for example. If successful, the tenant gets to stay. If not, the owner can choose to switch. By assessing the performance of retail space against key indicators like foot traffic we can ensure it creates public value.

This approach provides more room for interpretation, diversity and innovation, effectively removing high street space from speculation and creating opportunities for start-ups and community groups to drive foot traffic based on local needs, rather than incentivizing the same chain stores we see replicated throughout our cities today. It also reflects the way digital platforms like eBay, Amazon and Alibaba trade, without carrying the risk of being stuck with unwanted product. If the value of a platform is driven by the volume and quality of data flowing through it, then retail space can become a platform for whatever the local community sees fit – a win for retailers and civic life alike.

As architects and urban designers we’ve long known that our physical environments affect our health, our relationships, our productivity and our ability to learn. But today we can actually measure the impact design makes on our collective wellbeing. That’s why we founded UNSense, our arch tech sister company, in 2018. We envisage a future where sensors embedded throughout the built environment will provide granular and real time data on the health, productivity and well-being of citizens; and virtual reality shows us the impact our designs before they are built. With access to this data, planners and architects can emphasise sociological and environmental values, creating robust feedback loops between policies and outcomes. Transforming retail could be the first step towards rewarding contribution to civic life and ultimately, this could lead to a paradigm shift in the way we measure the success of our cities.