The Living Room as a Window to Society

Film: ‘Do More with Less’ 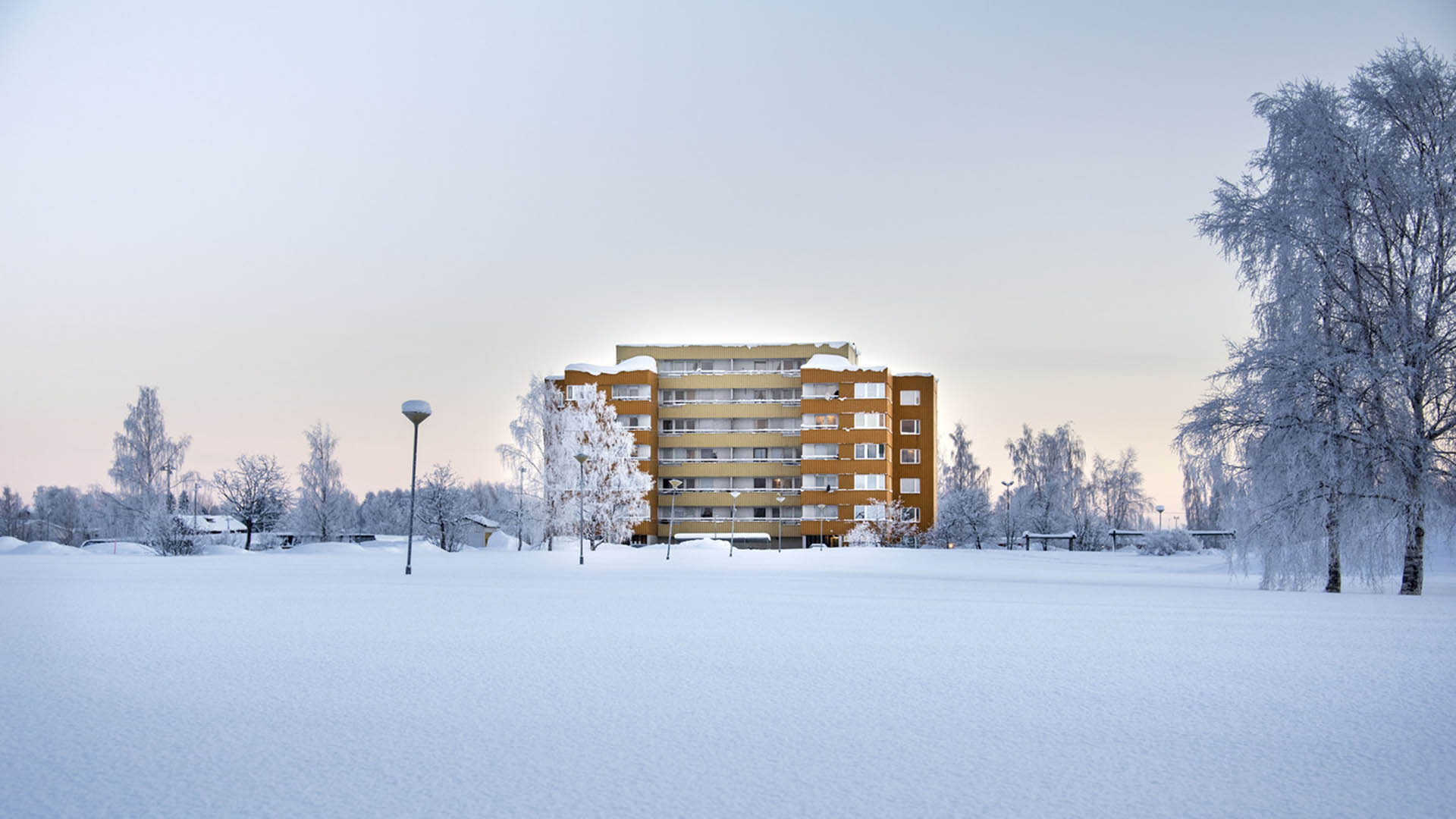 “Sometimes when I consider what tremendous consequences come from little things, I am tempted to think there are no little things.” – Bruce Barton

Inside a mustard-coloured housing block in Boden, northern Sweden, a family of Syrian refugees are planning an event for their local community. In Brooklyn, Zurich, Sydney and Shanghai, strangers tentatively look around the door into their shared communal space, fully furnished and stocked with snacks, a pool table and a TV by the co-living company that they rent their tiny apartments from. In Milan, an experiment with Google takes place, checking the emotional reactions of humans in space. In LA, a global surveillance project begins watching hundreds of thousands of people as they move around their living room, turning on their lights and advising them on when to water their plants.

Once a site of fundamental social and spatial conviction emancipated from the pressures of the world, the place for family dinners, the main stage for the lives portrayed on TV sitcoms and the room most often preserved by museums to depict the lives of historic periods… the humble living room has changed. What does a living room signify? How does this space unify the lives of displaced people in search of a new home? Does a single room reveal the spatial nature of social networks or the concurrent domestic and professional behaviours of those working from home? In the new gold rush of personal data, what do the statistics gathered about your living room mean to advertisers and social networks?

The living room seen through art, technology and spatial practices

Artists, designers and theorists have been examining the significance of the living room in the context of societal and technological change. In AI More than Human, a new exhibition at the Barbican, artist Lauren McCarthy proposed a human version of Amazon’s Alexa, a voice-activated AI system for people in their own homes in which she became an all-seeing, all-knowing, slightly sexy and slavish personal assistant. In a performance that lasted several days, she set up microphones, cameras and data-gathering latches and switches that monitored the home life of several people 24 hours a day. Her project, titled Lauren, is a striking and powerful examination of the relationship that emerges in the ambiguous space between human-machine and human-human.

At a recent exhibition in Milan, Google teamed up with the New York-based architect Suchi Reddy to create a Space for Being, a neuro-aesthetic experiment that measured visitors’ skin temperature and heart-rate to examine their subconscious, physiological response to spaces. For Reddy and Google, the living room was the perfect testing ground to monitor how the brain and body reacted to differing spatial conditions. While this could be perceived as sinister, Google argues that the data-gathering technique could be used to adapt spaces to different physical needs. The global corporations that began harvesting data from our phones and computers are now zeroing in on our homes.

Meanwhile, in ever-denser and ever-more expensive urban centres like New York, London and Shanghai, developers are finding that they can replace the individual living room with communal ones. Co-living spaces like The Collective in London and WeLive in the US are both thriving from a housing model in which occupants of a building with private bedrooms share a communal living area. Despite eliminating the living room from the private domestic space, they claim to expand the potential for community by conceiving it as a shared space.

Architect, researcher and artist Sandi Hilal focuses on the living room as a space of agency for displaced people. Over the past two years, her Al-Madhafah The Living Room project has functioned as a self-organising local space where refugees can host dialogues with their local Swedish community based on the Syrian tradition of Al Madhafah, or the idea of the living room as a space of hospitality. For many refugees, having to adapt to another culture, climate, and language on top of losing their home, customs and livelihood is hard enough, let alone the instability that comes with the condition of permanent temporariness. “I think what refugees miss the most is someone that comes knocking on their door to just talk,” said Hilal, reflecting on the social isolation and frustration many refugees feel without access to their customary systems of conflict resolution or socialization. By exercising their right to host via their living room, refugees no longer felt themselves to be statistics or passive guests in a new country, but owners of their own story. The model subverts the perpetual dynamic between refugee and local as one of guest vs. host, adding a broad socio-political dimension to the small act of hospitality.

Whether it is a place of resistance to a worldwide data gathering exercise, a co-living space where lonely city dwellers find community, or a way for displaced communities to claim agency, all of these seemingly small alterations of how living rooms are conceived, used and projected reveal insights into the global-level shifts of power, politics and technology that have brought about vast changes in the 21st century. In effect, the living room provides a small window into profound changes experienced by society on a global scale.