Beyond the green roof; architects treating the urban structure as landscape

At One with Nature – Architecture that Morphs into Landscape 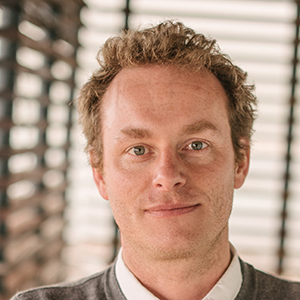 Historically, the division between town and country was absolute, a separation usually enforced by a wall or fortifications. It wasn’t until the advent of modern town planning in the 19th century that more naturalistic open space began to be incorporated into the urban fabric. The pioneers of landscaping, like New York’s Central Park (laid out by Frederick Law Olmsted and Calvert Vaux from the 1850s onwards) saw the introduction of a more bucolic, romantic view of greenery in the city.

The separation between architecture and nature was still absolute, however. As the 20th century progressed, a growing interest in the social and environmental benefits of urban greenery slowly and surely seeped into the architectural discourse. Pioneers like Renzo Piano and Stefano Boeri in Italy, and Ken Yeang in Malaysia have all developed projects that incorporate nature into parts of the structure itself, whether on roofs, in atriums or scattered across balconies and terraces.

Yeang’s architectural approach has perhaps been most influential, for his theories if not his actual buildings. One of the first architects to suggest that high-tech design could be spliced with the burgeoning tenets of green design, Yeang proposed skyscrapers draped with planting, inside and out, creating structures that owed much to the romantic visions of 18th and 19th century artists like Joseph Gandy and Giovanni Battista Piranesi, both of whom re-imagined the urban landscape as a gloriously ruined landscape, overgrown and mysterious.

The greened realms proposed by Yeang and Piano didn’t have much impact on the physical topography of the city; theirs was still a world of glassy towers, albeit with their sharp edges blurred by planting. Emilio Ambasz’s ACROS building in Fukuoka, Japan, was even more formal form, a tiered structure rising up like a ziggurat with geometric precision. But as green roof technology evolved, buildings began to be spliced with organic forms to create structures with a more natural relationship with the surrounding landscape. Piano’s virtuoso structure for the California Academy of Sciences in San Francisco’s Golden Gate Park buried the natural history museum beneath an undulating green roof that effectively formed a new piece of landscape. This was one of the early explorations of a new paradigm; the urban building as topography.

China is home to Heatherwick Studio’s new Moganshan Road project in Shanghai, a thoroughly modern megastructure that makes explicit reference to the country’s spectacular topography. Incorporating around a thousand structural columns, each one topped with a sizeable planter containing a mature tree, the project resembles two mountains. Housing apartments and offices, the ‘building’ forms a stark contrast to the anonymous cut-and-paste façades of the towers that surround it. In Holland, on a slightly smaller scale, the proposed Dutch Mountains project by BLOC, Studio Marco Vermeulen and Urban Xchange is a riposte to the country’s lack of contours. An undulating wooden structure, the Dutch Mountains mark a new approach to mixed-use work space and build on the topographical experiments of other Dutch firms, most notably MVRDV, which has been exploring the intersection of building and landscape over many decades.

New towers are pushing the limits of technology. Boeri, in particular, has successfully inverted the traditional skyscraper format, extending the amount of outdoor space to include tiers of terraces and balconies that are engineered to support not just small shrubs but large trees. Boeri believes that the benefits of his green towers go beyond mere aesthetic enhancements to include improvements to air quality and an increase in urban biodiversity, especially birds and insects. Following on from twin apartment buildings in Milan, Boeri is now working on the Nanjing Vertical Forest, due for completion later this year. Including a museum and hotel as well as apartments, the Nanjing structure reaches up to 200m and will include 1,100 trees. Other Boeri proposals include a Forest City for Shijiazhuang, a 225-hectare proposal designed to soak up regional smog as well as re-shaping the skyline and redefining what it is to live in a city. Bjarke Ingels Group and Carlo Ratti Associati have designed a tower in Singapore that promises an integral ‘green oasis’, several floors of lushly planted jungle that will redefine views of the city from within.

Two decades ago, there was scant support for the idea that the urban realm could or should imitate landscape. But as our cities change and evolve, the idea of a new urban architecture that combines green spaces with places to live and work, has become an attractive way of increasing density and diversity without compromise. This new organic architecture could ultimately change the way we interact with and experience the modern metropolis.