The Plate as Canvas

Book: Food and Architecture: at the table 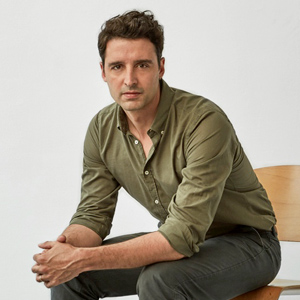 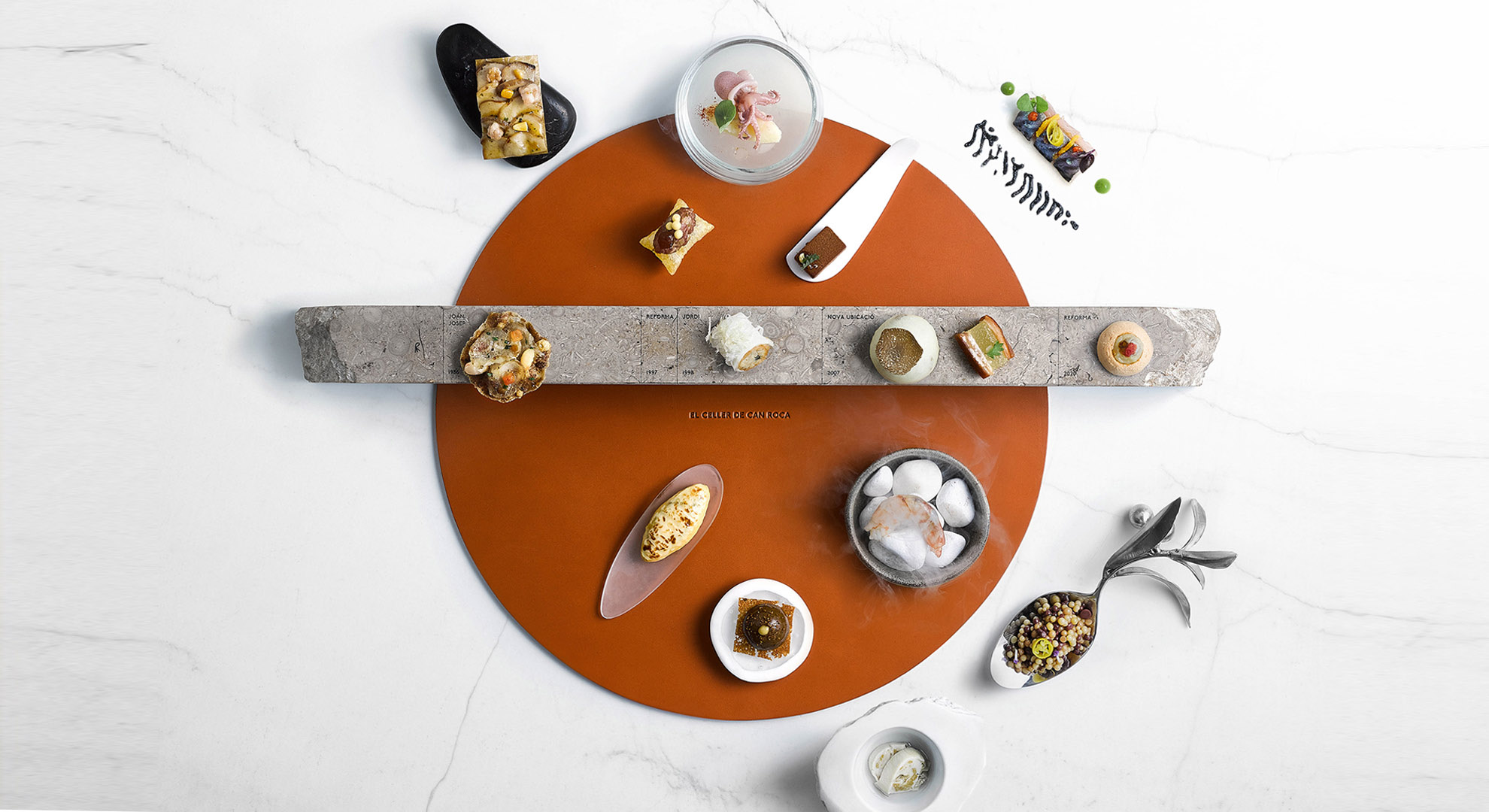 This is the design of Timeline, a culinary piece by El Celler de Can Roca.

The work of a product designer is apparently superficial. Our profession is supposed to be based on beautifying objects without making them lose their function. But luckily, and as the experts in the sector already know, it goes well beyond the mere surface. Nowadays, being a designer is not synonymous with being an eccentric that makes objects that are difficult to identify and complicated to use, but definitely very beautiful.  A designer is a carpenter that shapes products to adapt them to their function.

I have been lucky enough to work with El Celler de Can Roca since 2009 and have had the privilege to witness its rise to the top of all possible lists in the world of gastronomy, such as the “World’s Best Restaurant” or “World’s Best Chef,” “World’s Best Pastry Chef,” among many others. In order to belong to this very exclusive club, it is not only necessary to serve very well prepared food, but there must also be a strong and consistent concept behind it. Excellence must be achieved in all aspects and elements surrounding the diner.

One of these elements is the object in which to present the creation devised by the chef. This is where the designer’s work steps in. In my case, the design profession has helped me experiment, but most of all it has allowed me to define my way of creating objects based on a concept that can be justified well beyond their appearance, beyond the program defined by an ambiguous briefing; objects that accompany and extol the culinary creation. My creations for El Celler are only limited by a basic usability and their adaptability to a specific physical environment, which is usually the table. This means I have had, and still have, a very wide and, at the same time, unstable field of action, due to the lack of limitations we are used to dealing with, which in many cases are the “excuse” that justifies a result.

And suddenly, COVID-19 appeared, leaving the restaurant industry in shock; everything we knew and took for granted started to crumble. We had to redesign the path to follow. So, while everything stopped and the country experienced its first lockdown, we met online to define a small—but great—silent revolution. The situation required a reaction, a movement, but instead of attracting attention with grand gestures, we decided to create an ode to memory.

History plays a fundamental role in the restaurant, just as its values are based on family, respect and tradition. For this reason, we decided to reinvent part of the menu, removing very famous dishes like “El món” or “l’Olivera,” and replacing them with one single memorial dish, which places diners in time, taking them on a journey of tastes that have defined the cuisine and style of the restaurant, and letting them enjoy the dishes that have taken them where they are right now. It is like stopping and looking back in order to move forward.

This is how Timeline was born, the latest dish of El Celler that introduces this small silent revolution conceived during the interval of the first wave of the pandemic.

The dish is conceived as a commemorative architectural monument, free of stridency, with sobriety and a great deal of respect, with noble materials that help us reinforce the concept. This is a multipurpose exercise of minimum gestures and basic geometries. For the first time, we have created a dish that doesn’t intend to contain anything; on the contrary, it is a canvas where food can be placed in a seemingly anarchic manner, when it is really the opposite: each element is strategically positioned indicating its creation date.

Basically, it is made up of three pieces:

It is a bar of calcareous sedimentary rock with a high load of nummulite fossils. In addition to contextualizing the environment (Girona), the use of stone in El Celler is already very common due to its link to the family name “Roca,” which means stone in Catalan. It greets us with its engraving benvinguts meaning welcome. On the opposite side, there are engraved lines with dates and events that position the visitor in the history of the restaurant.

It is a piece with the same length as the stone, which is placed on top of it, so diners can take it with them as a sort of souvenir of the experience, with the special imprint left by food. Moreover, Josep Roca places a drop of wine from the year they opened El Celler on the wood, thus placing historical value on the memory.

In conclusion, it is an introductory ritual, which shows the beauty and depth of a career of more than 30 years in the elite of the restaurant business.