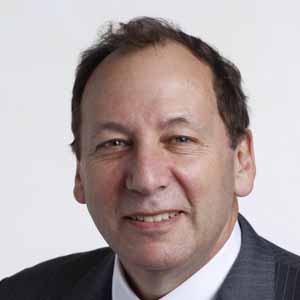 After centuries of continuous fighting between countries, the technology of the 20th century exponentially increased the destructive capability of warfare. In 1914, a dispute over land ownership between a few powerful European countries infected most of the world, and millions of soldiers and civilians were killed. After that war, the Europeans designed a forum to avert another world war, the League of Nations. Unfortunately, within 20 years the League failed and the atrocities of World War II surpassed even the first World War. Towards the end of WW II, the US used atomic bombs and the message to the future was clear. WW III could end civilization. Churchill and Roosevelt envisioned a more sophisticated institution to manage the complexities of high-tech warfare. In 1945, out of the ashes of Hiroshima, all 52 existing countries and their colonies created the United Nations, which included a Security Council with the power to impose worldwide financial punishments on nations that wage war without the support of the Council. There are still multiple challenges for the UN, such as refugees and climate change.  But the Council rules have so far quietly averted World War III.

In 2000, as the UN faced it’s 50th birthday, it also faced the decay of its aging facilities.  Because UN property is international territory, it had never been inspected by NYC and funds for maintenance were consistently raided for higher priorities.  In the interim, the 141 colonies had been voted into nationhood. However, the UN facilities had become unsafe and almost dysfunctional. It needed to be replaced or renovated just to meet international codes, structurally reinforced to be blast resistant in our new age of terrorism and technologically updated to fully function for 193 countries. A debate about the renovation started around 2000, focused on whether to renovate the existing facilities, or demolish them and build a new “architectural statement.”  They made the wise decision to recycle the buildings based upon their respect for historic preservation and the UN. But in hindsight, it was also a powerful message to the future that retrofitting an old building, which retains the embodied carbon of its original construction, was the only sustainable choice.

Our renovation/restoration project was completed roughly on budget and schedule. We reduced total carbon production and energy and water consumption by over 50%. The project met the criteria of LEEDs platinum and gold. Our UN team was very pleased with the final data, but we were most proud of the world’s initial decision to recycle the building complex rather than demolish it and create a newer, larger building.

Most of us agree that climate change is a serious existential threat to human life. We have seen the powerful achievements of the transportation and industry sectors, two of the three major sources of carbon in our atmosphere. Both are undertaking serious, expansive revolutions to become more responsible, moving away from using carbon-based fuels towards other energy alternatives. The agricultural industry is rapidly reversing hundreds of years of tradition for more sustainable policies, like shaping fertilizers to each unique ecosystem and storing carbon in the soil. But we, the building industry, who release the most carbon, are avoiding the difficult sustainable decisions.

Yes, we are building greener, smarter buildings, but the benefits of green buildings take decades to accrue carbon savings. Our clients, the real estate developers, retain a profit-based, unsustainable model: to select sites with the intention of demolishing existing buildings to build larger, greener ones.  Unfortunately, this strategy discards the embodied carbon already invested in those existing buildings. When a brick or a steel frame is selected for a building, energy is consumed and carbon is sent into the sky to dig the clay, bake the brick and shape the steel, transporting those parts hundreds of miles to the construction site and then installing them. Existing buildings require that tons of energy—oil—be consumed and the residue—carbon—be generated and sent into our skies. The results of the embodied carbon is the building. Much of the carbon, still in solid form as tiny particles, is floating in our stratosphere, trapping heat and taking hundreds of years to come down. The adverse impacts of existing buildings are impacting our planet every day.

American towns and cities are continuing to demolish existing buildings to erect larger new ones.  We teach our children to recycle garbage, aluminum, plastic, paper, and we even recycle cars but not buildings. The primary goal of the real estate industry is, of course, profit, and bigger buildings make more money than smaller ones.  But if the impact of adding new carbon to our environment is as damaging to the future of life on Earth as we now know it is, and if we have a politically painful but more earth-friendly path to buildings that would still allow for a reasonable profit, we must pursue that other path.

We need a strategy that generously rewards projects that retrofit existing buildings and imposes significant financial penalties on projects that demolish existing buildings. It’s that simple. We already give that respect to historic structures because in the 60s and 70s we watched so much of our cultural heritage disappear only to be replaced with modern buildings, eliminating the character defining detailing of our past. Working with multiple civic organizations the preservation movement focused on the use of the municipal, state and federal tax codes to reward preservation and punish demolition of historic buildings. Over the years that stick and carrot worked—and still works.

At this point in our history, saving buildings to protect their embodied carbon—the carbon already in the sky—is surely even more valuable to our future than was saving our cultural history decades ago. The goals need to be very inclusive, so that all buildings in a jurisdiction, from suburban shopping malls to relatively small, old eyesores would be recycled, and the developer would pay a major penalty for tearing them down. The criteria for what to save would take time to evolve but would likely include being structurally sound, having access to transportation and dozens of other criteria.  One possible tool is to add significant cost to the issuance of a demolition permit. With further discussion, other tools will be found to fund a revolving penalty and reward system to financially encourage sustainable development. We can all debate the details.

Although it is difficult to credit a nonevent, the United Nations seems to have averted World War III, proving humans can solve very complex political problems. But climate change continues to threaten our future. Our modest actions to date are inadequate. In the building sector—the largest abuser of our planet—we must build fewer new buildings and recycle more. The first step is to build support for the concept of avoiding demolition to avert new construction, as the United Nations quietly decided 21 years ago.