The Veins of the Wetland

The current scenario forces us to focus on the river

The Act of Taking Care 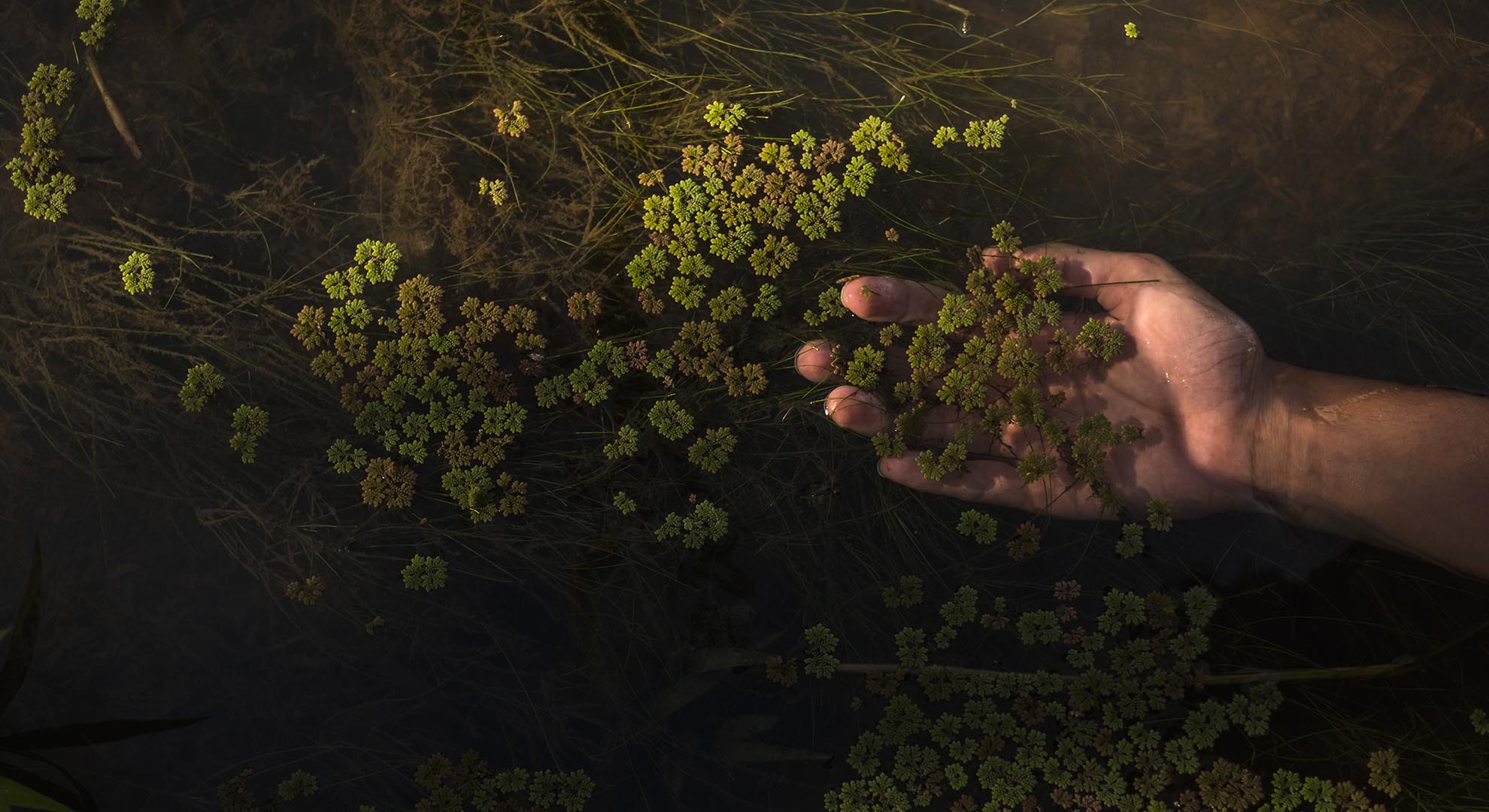 The Paraná River originates in Brazil at the confluence of the Grande and Paranaíba rivers until it flows into the Río de la Plata and ends in the sea. Its course is about 4,800 km long. In this last stretch, it forms the wetlands of the Paraná Delta, one of the most biodiverse and vital freshwater ecosystems in Latin America.

This vast expanse of territory is marked by the rising and ebbing of the river that generates its dynamic pulse of life, the pulse of our coexistence, the links between and with the beings that inhabit it.

Wetlands are hybrid ecosystems between aquatic and terrestrial systems. These large extensions of land are temporarily or permanently flooded and inundated. These lands contain tides during periods of intense rainfall and river flooding. Globally, it is estimated that wetlands cover approximately 12 million km2. In Argentina, these ecosystems represent 21% of the territory.

The disappearance of this system further accelerates the abrupt climate change that has been occurring lately. In my region, the main causes of the destruction of wetlands are: deforestation for the livestock industry that exports meat to the world, the uncontrolled advance of illegal urban development through real estate businesses, the unlawful construction of embankments that modify watercourses, industrial fishing that depletes the fish fauna despite the water emergency we are experiencing, the export of soybean through large ships that are deteriorating the coasts and the depth of the river, the hydroelectric plants built further upstream that modify the flow of the river at will, the water pollution by industrial and sewage waste dumped by large cities, the extraction of large amounts of sand for fracking in Vaca Muerta, and the list goes on. In short, wherever you look, the extractive model is the main destroyer of the wetland.

This region was once inhabited by the Chaná Timbúes, an indigenous ethnic group that used to travel by canoe along the river, fishing and hunting for subsistence. Today, many families are inhabiting the wetlands. Most continue to practice artisanal fishing as a way of life and cultural tradition. Although the island communities have always been able to adapt to a changing territory, the anthropic transformations experienced by the wetlands are endangering all life and culture in the Paraná.

Unfortunately, the Paraná, one of the world’s largest and most abundant rivers, is going through its worst decline on record. This landscape without water is a dead landscape devoid of soul. This unprecedented and prolonged descent has caused the disappearance of lagoons, streams, and other watercourses, making it difficult for the communities in this region and the native flora and fauna to survive. In addition, with this extreme descent of the river, a valuable and vital resource such as water is becoming scarce, further endangering the health of the entire community living in this freshwater ecosystem.

But this is not the only problem the Paraná and its wetlands face. Since 2020, the entire Paraná Delta has been devastated by fire. These fires are produced illegally by cattle ranchers and real estate entrepreneurs seeking to generate more significant land extensions suitable for their activity. It is also clear that the low water level of the river and the historic drought in the region caused by climate change contribute to the spread of fires, further jeopardizing the balance of the ecosystem and thus deepening the change.

The magnitude of these fires in the region has multiple consequences, such as animal mortality and habitat loss, soil impoverishment, water and air pollution, and a very high risk to the health of the islands’ inhabitants. The smoke that for months invades the daily life of the inhabitants of the shores, polluting the air in a way never before recorded, further aggravates the delicate health situation that the coronavirus has brought to the world. Never before has there been so much destruction in this vital freshwater ecosystem. This highlights the worst socio-environmental crisis in the region.

The outbreak of COVID-19 was a wake-up call to change how we inhabit our territories. We must recognize that this and other viruses arise from the pressure we humans exert on a global ecosystem. The lack of a healthy natural habitat weakens the immune system of all living things. COVID-19 was not just a disease but a symptom of a devastated planet. Climate change is taking us to the point of no return, to an ecological collapse. The first step to a better future is to vindicate ourselves as a species and recognize ourselves in our territory; our nature is our identity.

Main image: The wetlands of the Paraná Delta are home to numerous flora and fauna species. Photo © Sebastián López Brach