The greenest building is the one that already exists 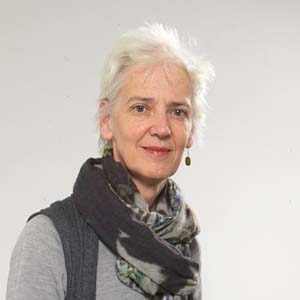 With the surge in climate awareness unleashed by Swedish campaigner Greta Thunberg, sustainable design is no longer relegated to the periphery of architectural discourse. Designers across the globe are searching for solutions that tread more lightly on the planet.

In 2019, leading UK architectural practices banded together to launch Architects Declare (AD), an 11-point manifesto to address the climate and biodiversity crisis. In just two years, AD has garnered over 1100 signatories in the UK and sparked similar organizations in more than 25 countries.

The locus of debate is no longer just carbon emissions, using less energy—or less water—to operate buildings.  It’s also about “embodied carbon”: reducing all the materials and emissions that go into constructing new buildings from the factory gate through to disassembly at the end of a building’s useful life.  To make substantial planetary wins, designers increasingly understand that they must consider “whole life carbon,” that means both operational and embodied together.

This improved grasp of the whole life carbon impact of buildings has put the spotlight firmly on retrofit. Almost 90% of today’s existing buildings will still be around in 2050.  The urgent need to retain and refurbish existing buildings and avoid demolition is central to tackling climate emergency. Any proposed demolition must be scrutinized before it takes place.

In the United Kingdom alone, over 50,000 buildings are lost to demolition every year.

To challenge the presumption in favor of demolition, which permeates the industry, the London-based Architects Journal coined the term “RetroFirst” and launched a campaign to promote retrofit. RetroFirst’s three demands apply in the UK and beyond:

A recent project that suggests the nascent potential of the circular economy is Arup Architecture’s One Triton Square, an office refurbishment completed this year in London. Originally dating from 1998, One Triton Square has undergone a complete overhaul after barely two decades in use, typical of the rapid turnover and tendency towards demolition in the commercial office sector. Scrutinizing the project for sustainability wins, Arup’s interdisciplinary design team recommended retaining the building’s structure and substructure as well as dismantling and refurbishing the existing metal and glass facade.

The combination of the retained structure and facade meant that the project used approximately half of the whole life carbon of a comparable new build while simultaneously adding three new floors. The facade reuse—which was accompanied by a 25-year warranty—required extensive engagement with both the contractor and subcontractors because it was more complex and costlier than a new facade. Rather than shipping the facade elements to Germany where they had originally been manufactured, a pop-up factory was established within a 25-mile radius of the site. Many more exemplar projects like this are needed to change minds—and industry practice.

A more radical approach, dubbed “Second Skin,” was proposed by architects Wilkinson Eyre in an ideas competition for refurbishing a typical 1960s Manhattan office block. The architects overlaid an “adaptive net” and a new curtain wall system on the existing structure, providing balconies, solar shading and planting. This both improved thermal performance and introduced external amenities increasingly common in 21st century workplaces. The proposed adaptive net increases usable floor area by 20% and incorporates shading and reflectors, which improve daylight and control glare. The design team calculated that the embodied carbon of the retrofit would be offset within just four years.  More such imaginative retrofit approaches must be developed and piloted so they can be replicated at scale.

Simultaneously, the considerable barriers to retrofit—primarily cost and complexity— must be rapidly overcome to transform industry norms. The use of material passports, currently championed by London architectural practice Orms in collaboration with Grosvenor Britain & Ireland, suggests a practical and pragmatic way forward. Existing buildings should be viewed as “material banks.” Released in May, the Orms’ open source tool is simple in concept. At project inception, all of a building’s components should be inventoried and physically tagged with a QR code. Like Lego blocks, they can then either be reused on the same site or deployed on another project. This implies a radical shift in business as usual, because materials need to be stockpiled and a marketplace and distribution system for reuse needs to develop.

A circular economy has other profound implications. It requires rethinking not only how to dismantle buildings but also how to revamp construction products to be mechanically fixed rather than chemically attached with adhesives that are often challenging or impossible to remove. Material passports offer a way forward to catalog a material’s specification and physical condition in order to facilitate reuse. To date, material passports have focused primarily on completed buildings. Orms’ research explores how the cataloging of existing materials can be done early so that it can be incorporated into the design process at the appropriate stage.

Partial retention of existing structure and fabric, adaptive skins, and material passports are rapidly emerging as successful retrofit strategies. To hit the Paris Agreement’s ambitious climate targets, designers must embrace all these approaches and more. As Greta Thunberg has said, “I want you to panic. I want you to act as if our house is on fire. Because it is.”