With Those Left Out a Bit (or a Lot) 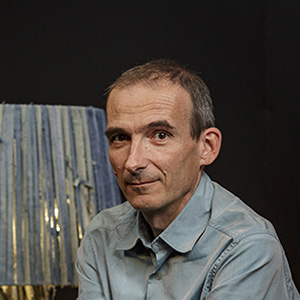 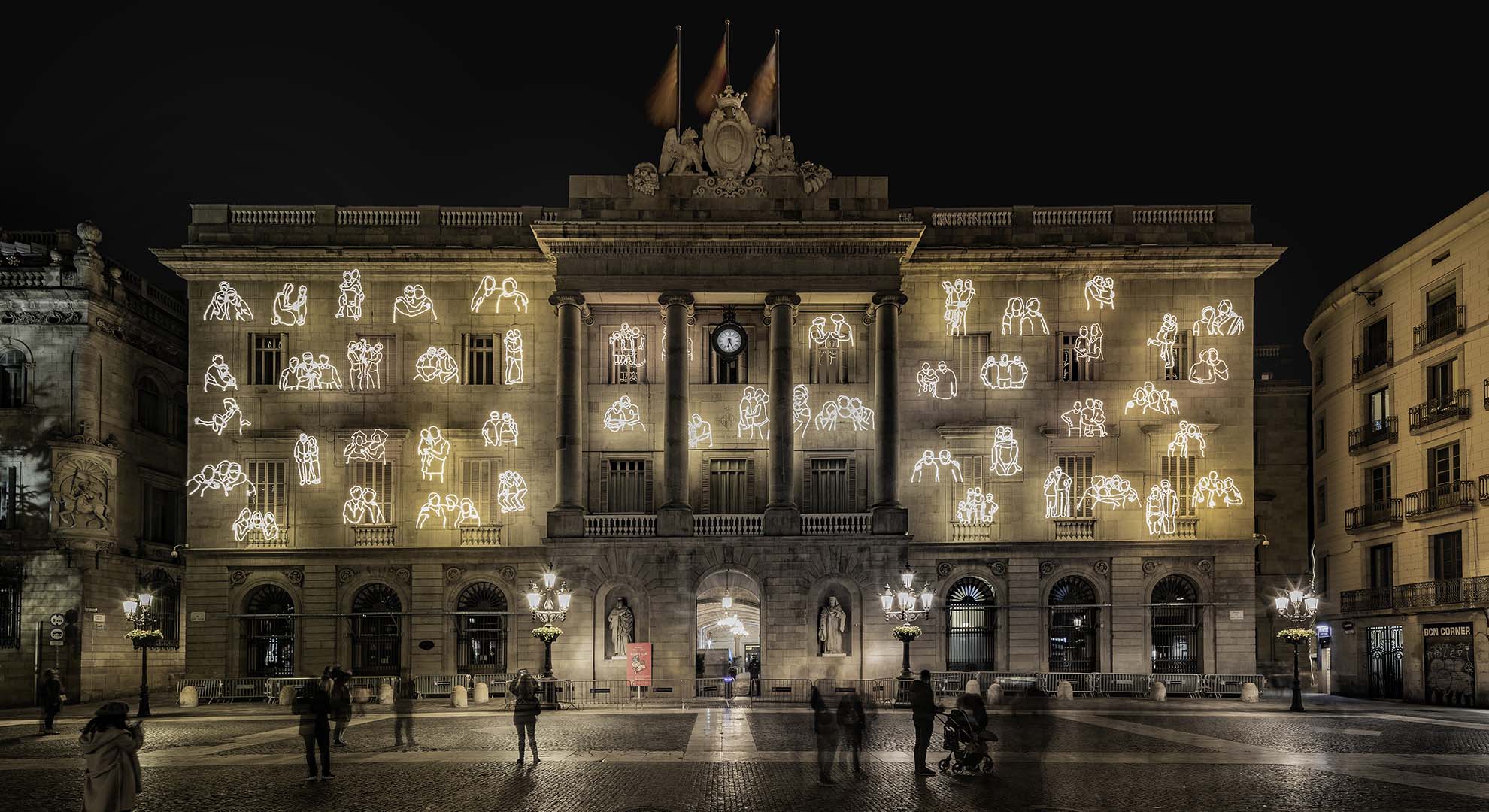 For some years now, together with the lighting designer Maria Güell, we have been working on the design of the Christmas lights in Barcelona’s Raval neighborhood, a project led by the foundations Impulsem and Tot Raval. Its development involves the participation of associations, organizations and neighbors of this quarter, making them the main characters of the lights. The development process of these lights is based on a theme chosen each year. Photographs are taken and then silhouetted with rope lights on metal structures.

The first year the theme was “display of affection among neighbors,” and the photographs were taken by María Espeus. One of them showed an elderly neighbor hugging a pharmacist on Hospital Street (several neighbors used to meet every evening in his pharmacy). At the end of the photo session, the neighbor said something like … “It’s been years since a man hugged me for so long.”

That comment made us see the most relevant part of the project; the lights had to have some value, but the situations and experiences that were generated when making them were filled with emotions and meanings that went even further. The process provoked all kinds of scenes that hardly ever happen spontaneously (how many of us have hugged our neighborhood pharmacist or any other neighbor with whom we can relate a little for 20 minutes straight?). The process turns out to be a powerful tool that provides something required by the neighborhood—with the relative importance that a few Christmas lights may entail—and simultaneously brings out and expands the relationships of the participants.

I once did a project with artist Mar Serinyà at the Ramón Noguera Foundation in Girona promoted by Conexiones Improbables and the Bòlit Emprèn Art Center program. After some time visiting and getting to know the center’s users (people with intellectual differences), we proposed an action consisting of painting and transforming the organization’s vans. The participants, armed with small brushes and stickers, with no previous plan, painted the vans in a festive and somewhat hooligan atmosphere. As if they were doing something not quite right … Defying “any good behavior.”

These vans picked up the users of the center in the morning and brought them home at the end of the day. According to what they told us afterward, the customized versions of the vans in which they crossed the city gave them great satisfaction and pride, as if to say … “Girona, look how cool our vans are, not like your boring cars.”

Another project I would like to mention is one I have worked on and continue to work on in very diverse contexts: the construction of furniture by reusing discarded materials with the help of a metal piece called T300 that works as a connector to facilitate the assembly and stability of the whole.

With it, workshops are held where groups that usually do not have a common link are brought together. Many of them have been held with Arrels Fundació, a organization in Barcelona that accompanies people who are or have been living on the street. Objects such as tools, benches, tables and lamps are made. When a workshop takes place, one of the most important aspects is that the participants seem to forget their condition—regardless of whether they are successful professionals, architecture or design students, or people without resources— and they mingle and concentrate on building the pieces, reversing what could initially be considered their “roles,” as those who seem to need help end up being the ones who teach and explain how to make the furniture.

Indeed, taking responsibility, getting involved, and participating in the construction of what concerns us require extra time and effort. Still, we know that it can provide countless new experiences that help us reevaluate who and what we live with. An opportunity to meet and work with other people, especially with those who, for various reasons, may be left aside or even marginalized.

Achieving a certain level of well-being has allowed us to disengage from specific jobs and care by referring them to specialized professionals. Still, perhaps this step also deprives us of experiences and opportunities that, beyond their apparent purpose, can bring us closer to (or help us question) what living “in society” may be all about.

And if, in addition, these moments provide a certain amount of fun … aren’t too many good things being wasted?